This church was my secret dream since I started taking urban exploration pictures. 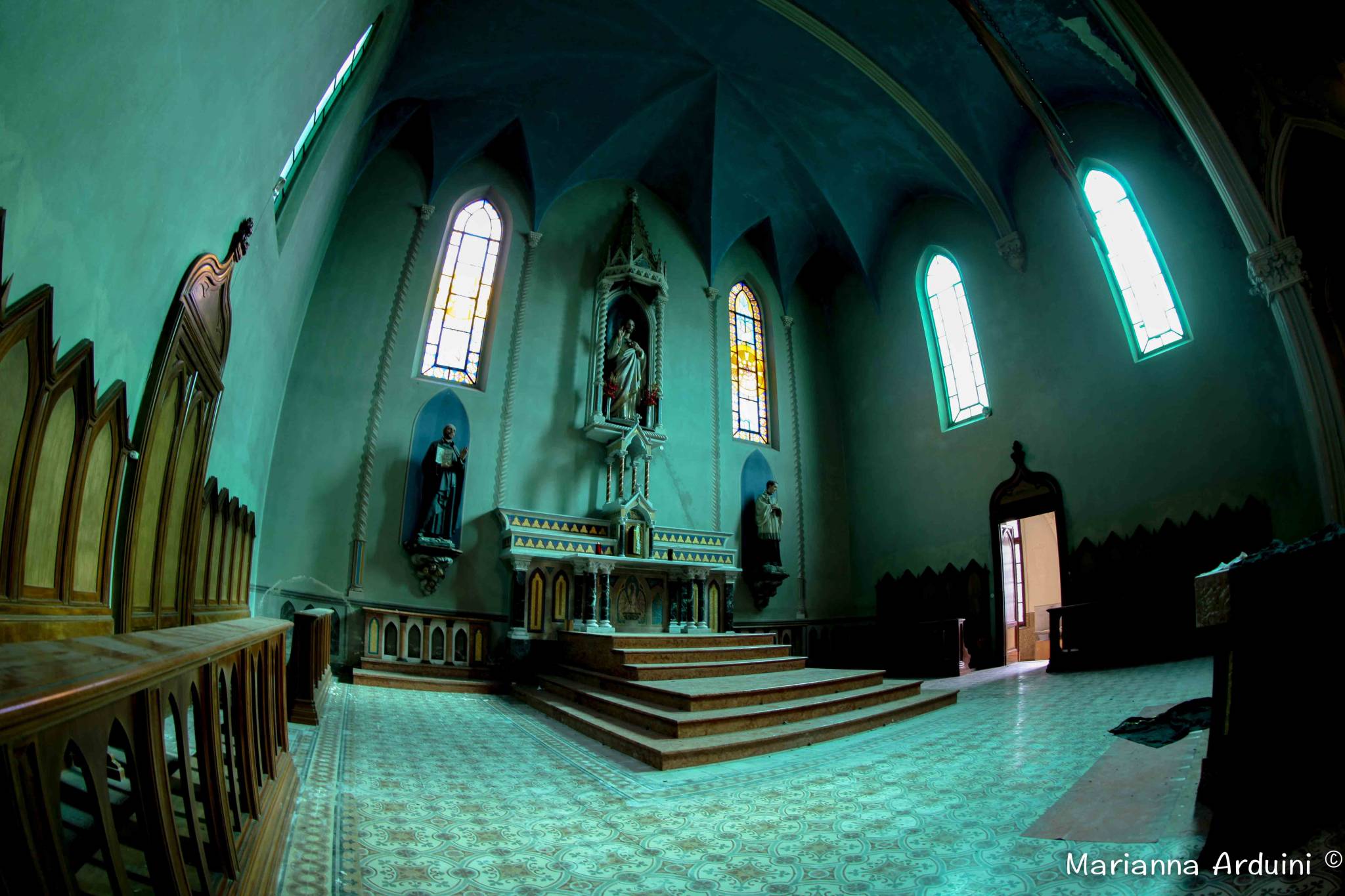 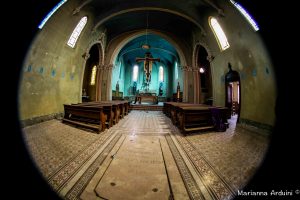 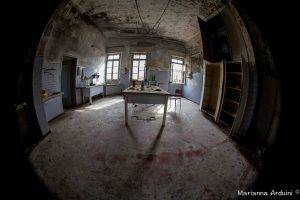 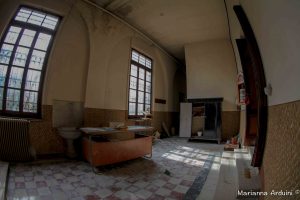 And finally inside. I’m inside, and rest still, I do not know what to do, I wait the others, and as soon as my heart starts to stop throbbing like a drum, I begin to put the tripod and seek for the best shot. The church is smaller than I expected, in the middle there is a tomb with an already devasted ossuary, a sign that the grave robbers are already came. I put myself on the side and start shooting … 100, 200 pictures, in the end I take home more than three hundred shots that jealously preserve and I can not discard, because every angle has something unique, compared to others. We were lucky, there is a bright sun outside, and the effect of the blue glass is very strong, the photos seem retouched, instead everything is exactly as you see, magical.

I spent an hour in this small church, and another hour around the convent, which unfortunately has been plundered of everything, and apart from some glimpses, and some details of the stairs, nothing remains. Fortunately the church is intact in its splendor, the benches all aligned, with the XXII century’s golden crocifix, overlooking the huge altar, all in perfect condition, a purple tunic, prayer books on benches and the list of the psalms make it seem that a Mass is coming, but is not like that, with only the wind to pierce the silence. There is a sign “For Sale” at the exit, no one knows who he is ownership, rumors say is desecrated and that the owner is in prison, I take the number, perhaps it was only put to keep out the curious, certainly is that I do not know until it would be accessible, the doors have recents padlocks, and will be more and more difficult to enter. We like to think it will stay that way forever. 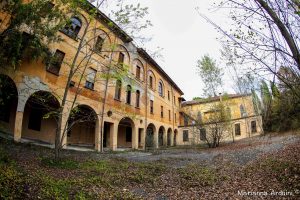 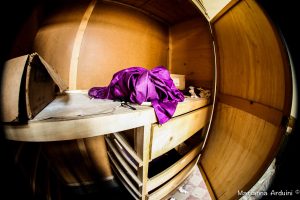 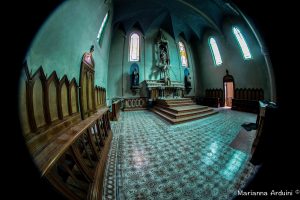 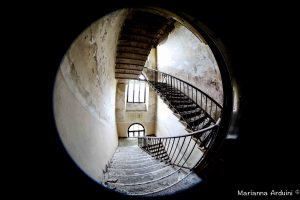 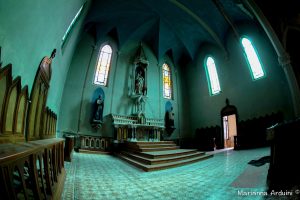 This concludes our journey, fully satisfied, at least I, as this was my early birthday present, and with this happiness we travel for the second destination, though, in my heart, after ten minutes of travel, I would have gone back…to the blue chapel!

Marianna has been exploring for many years with her partner Mirco, she found in urbex the possibility to unite travel, photography and writing. Her passion are the abandoned churches, especially in the center of Italy. She is a 360° artist, in love with extreme wide-angle lenses.