Painted in silver and blue

I have a strong interest in industrial archeology , maybe because the first threshold of abandonment that I crossed, was that of a former factory. From there, it remained as an imprinting, a passion that often returns during my explorations. 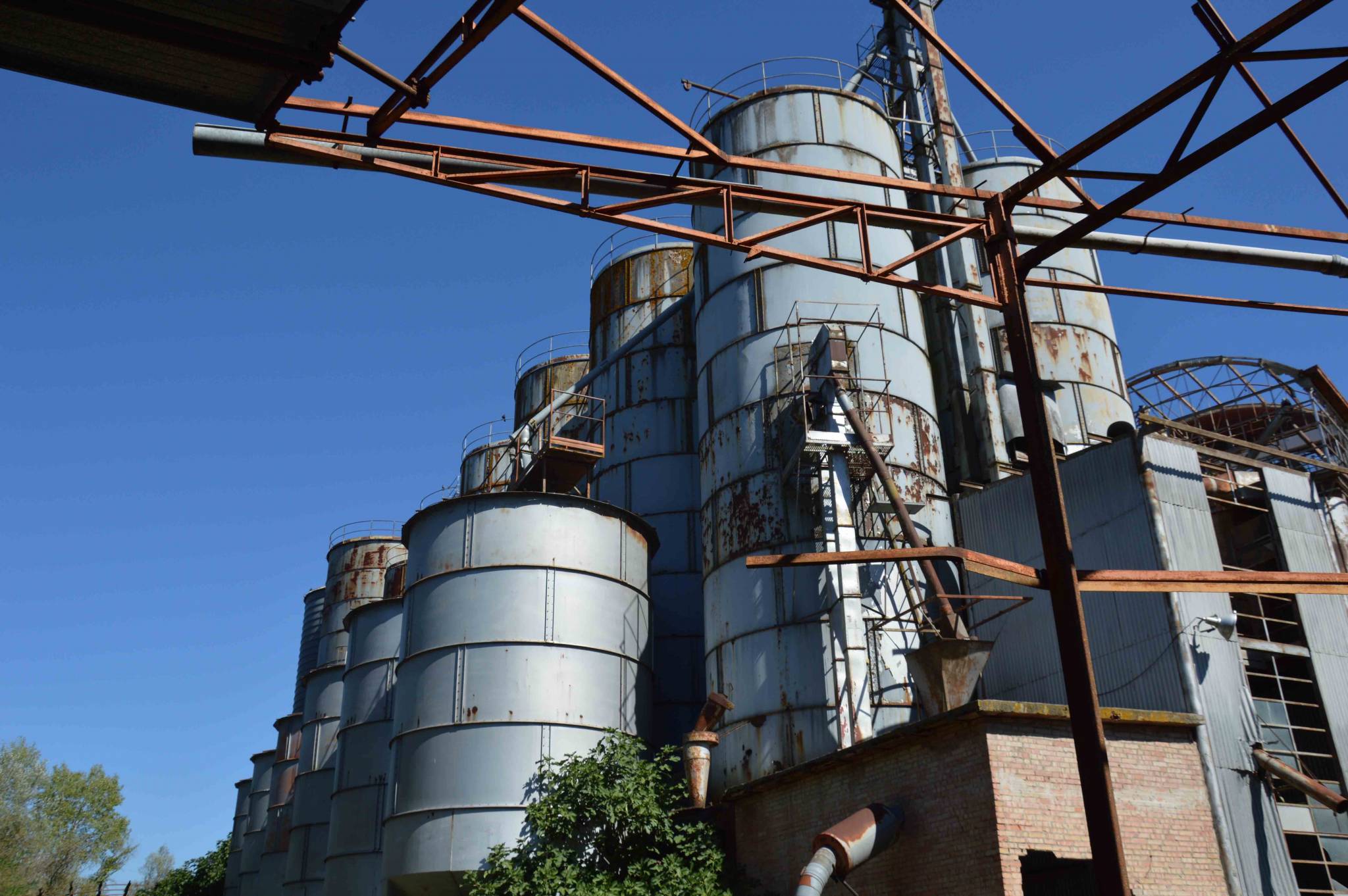 Today I want to talk about a former mill with strong colors and penetrating smells.
I do not know when it was abandoned (the last calendar suggests the 1985, but I’m not sure) neither when has started its production. In the beginning it was used as milling and pasta maker as suggest some machines, before moving to the production of feed.
Before reaching the central complex you need to go throught a shed with broken roof, then for a second building with a strong decline. Once inside the complex you can admire the 20,000 square meters of abandonment. Within a third building completely full of pigeon guano is possible to come, using crumbling stairs, into the chemical laboratory. 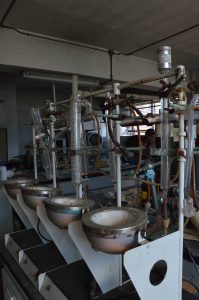 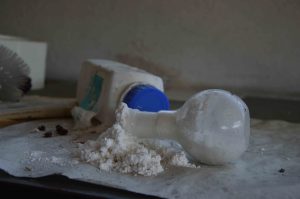 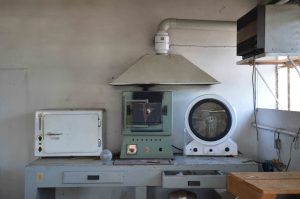 Ovens, stills and test tubes, scattered notes, reacting substances left in the containers and dusty disturbing colors. While I wander to the lab I pause a moment to look through a window at the blue sky that blends perfectly with the color of the silos. Silver, rust and heavenly sanctified to decadence and the eternal rest that I doubt it can be stopped in our Italian wasted economy.
We have not dared to go up the other floors of the building because unsafe and plagued by a terrible odor of pigeon’s shit.
Back in the big yard, I decided to venture between the silos where the rusted pipes, corroded by the time, look like giant spiders with deformed legs. 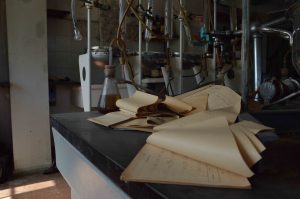 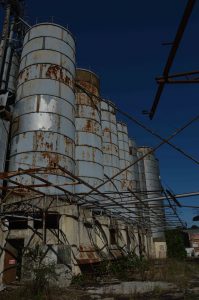 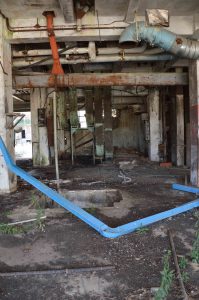 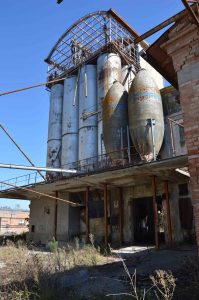 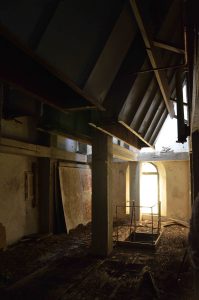 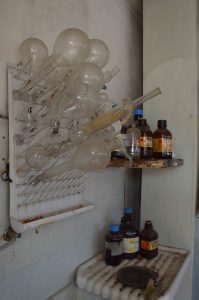 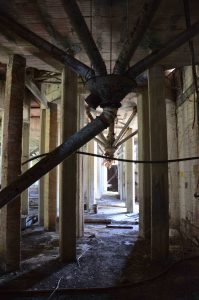 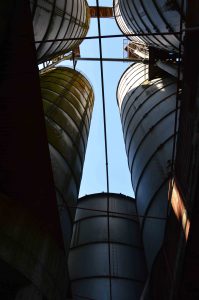 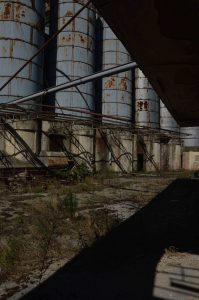 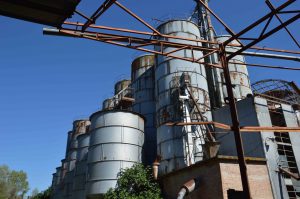 The peculiarity of the industrial sites is the power to overwhelm the visitor: it looks from above while clouds of pigeons dominate and fertilize a silent scenario, that since 2003 is waiting to be converted.

Elvira Macchiavelli is part of Tuscany crew. since 2007 She study in Florence and she like to write. Very active in the italian urbex scene, she has a youtube channel “Where Elvi production urbex trip”, a blog “Urbex at info!” and she is among the founding members of the website “esplorazioniurbane.it”.