“Here on the hill you’ll know what it’s worth an hour, how heavy the road and has a thin bor der” 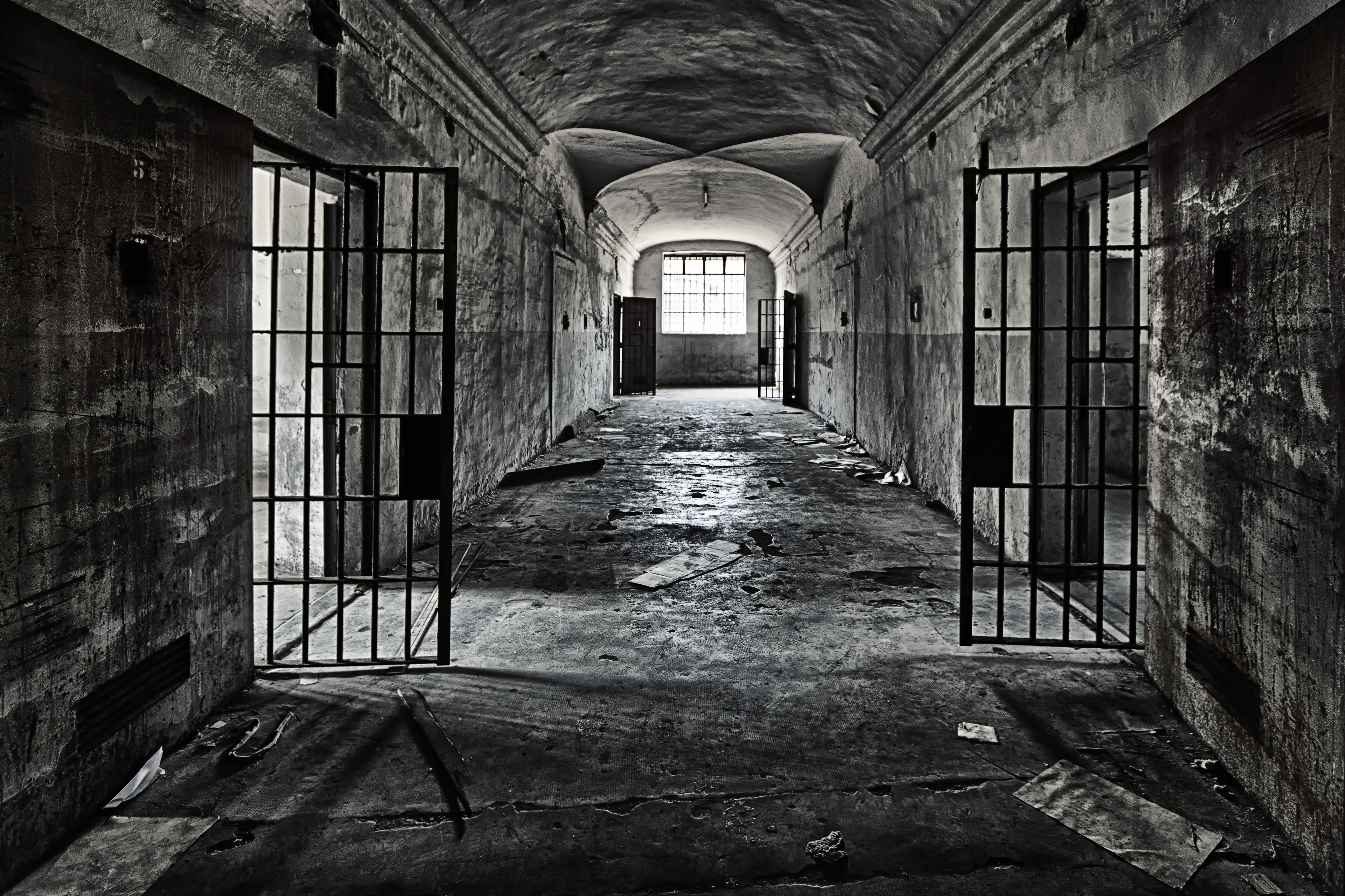 I quote by memory a piece of a ballad of Sclavi read about ten years ago, so if you find the original you will realize that the differences are abysmal. Time has changed my memory. The passing time heals wounds, what becomes valuable when it is finished, and usually worth so little that you invent everything to waste it … the term pastime tell you anything? Today we’ll talk time and borders, and will analyze in their more metaphorical sense of barrier or impassable limit. To address these issues, we will go to a place where their importance is really crucial. Have you ever been in a prison? Today we will visit an abandoned one.

Have you ever imagined the world from behind bars? Nothing changes, except that it has a more limited, fragmented and monotonous landscape. The outside world does not change, changes only in the observer, and also changes the value you give to what you watch. W, as humans, give importance to things only when we are going to lose, or after we lost. The world whatsoever, that passes before our eyes every day, looked but not seen, is not worth anything to those outside, it becomes valuable to those inside. And then, the border barrier, becomes overwhelming, and a wall often becomes as wide as a mountain. Because in the end when we have lost something, we come back to appreciate … The border becomes therefore the limit to our freedom of movement. The world is reduced to a few areas that are expressed in a cell and in some communal courtyard of the prison. The outside world becomes a distant entity, a coveted place.

And what about time? If I try to put myself in the shoes of a prisoner, I can assume a relationship with time extremely complex and tormented. I would say that the time spent, involves remorse and repentance, surely few would repeat what led them to jail, some for effective repentance, others simply because the only repentance of which they are capable is related to having made a mistake that has them brought in prison. I would say that the ghost of the past is a kind of corpse that looks at us every night with his mouth and take us to our feet in the bed; nothing short of beautiful. The present I can imagine as a vast emptiness, it is true that in modern prisons, there are many chances to kill time, but it is also true that time is only for those who can spend freely, the need to find a way to kill him, it devalues, it depletes its value. The ghost of the present time then I might describe it as a ghost that swallows you, and you find yourself in a totally white, empty and static place. Nothingness. It remains only the future as a last hope.

For many, it is the wait, the light at the end of the tunnel, for others it is still empty, the resignation… and then this ghost is like Janus, and this spectrum will have the same characteristics of the ancient Roman god. Janus is a deity who fits perfectly to the prison, as I am telling. For the Romans it was two-faced, because he was the guardian of the past and the future. Probably these two time categories are the most incisive in the fate of a prisoner: in the past there is the germ of the sentence, and in the future maybe there will be its cancellation. Janus is also the god of the door, and he sees both inside and outside. Janus is therefore the guardian of the border and its dual view is a metaphor of the prisoner, closed inside, he use the eyes of the mind and the desire to look outside. Time is therefore a source of feelings and emotions, moving from remorse to repentance, from resentment to rage for the past and hope for the future, taking in between boredom, emptiness, or the desire for redemption.

The prison that I visited is actually on a hill, and it remember me that ballad Sclavi … we saw how much is an hour, and found that not all the borders are properly “thin”. All we need to know now is how heavy the road is. But if time is based on the real possibility that we have to decide how to use it, if the thickness of a border can be seen as a descriptor of the ability to move freely in space, how can we assess the way? Certainly we might guess to see the road in the most classic way, as a metaphor of the journey, real or figurative it makes no difference. But the experience of the prison with his stasis does not fit well with the dynamism of the trip, unless it goes on only in figuratively terms.

If we extend the concept of the road, there is the movement, which is the opposite of stagnation. What moves changes, then we conclude that the road is change. The prison experience brings change despite being physically a static experience (it is imprisoned in the jail). The prison is a way to a form of change. The weight of this change is influenced by several factors, describe it all would be too complicated, we in fact change for better or for worse, for large or small, in a temporary or definitive way … think of all the stories you’ve read related to the prison or its inhabitants and you will realize how heavy is this road. All strong experiences change people, and certainly the prison is one of them. I suggested to think about movies or novels set in a prison, I leave you with a sentence written by a character that has lived that change on his skin. I’m talking about the character of a novel, which was made into a great movie. Here’s what he wrote, I think everyone will recognize from these simple words the title of the book or at least of the film, and consequently understand the significance of this sentence: BROOKS WAS HERE. 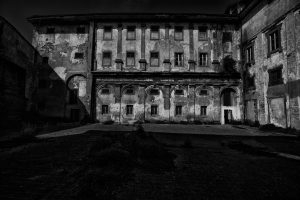 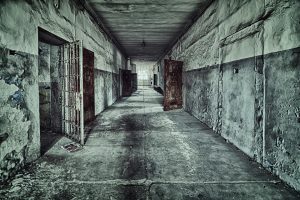 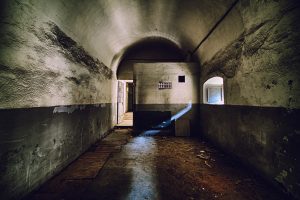 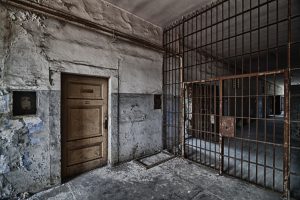 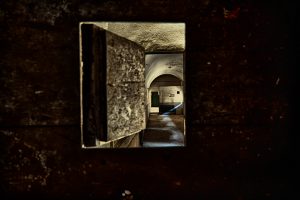 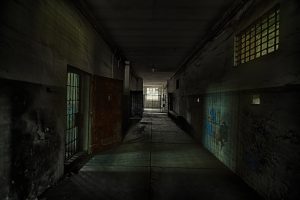 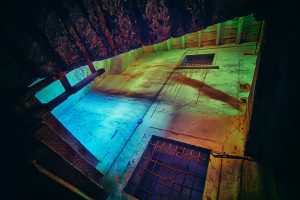 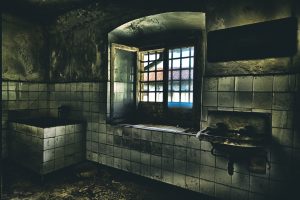 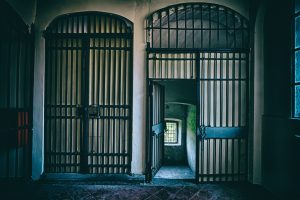 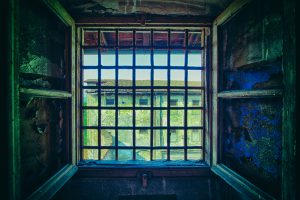 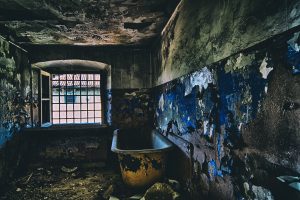 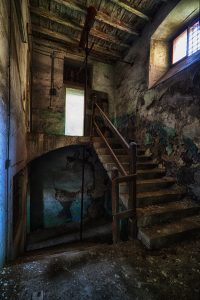 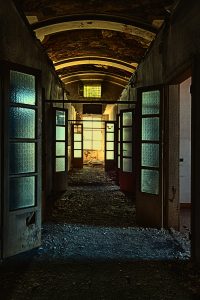 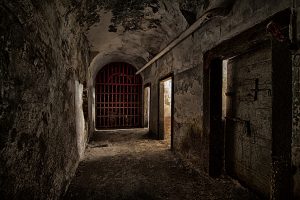 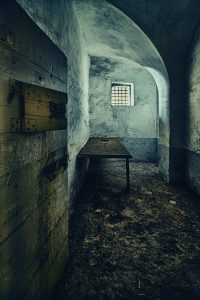 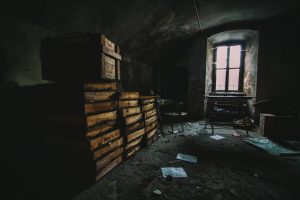 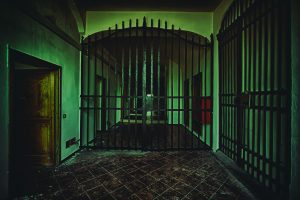 Born in ’80. He is an eclectic and multifaceted man. He is interested in travel, art, psychology, history of religions, philosophy, occultism. Passionate in 15 years about photography and, for 5 years, about urbex.