The great abandoned mine 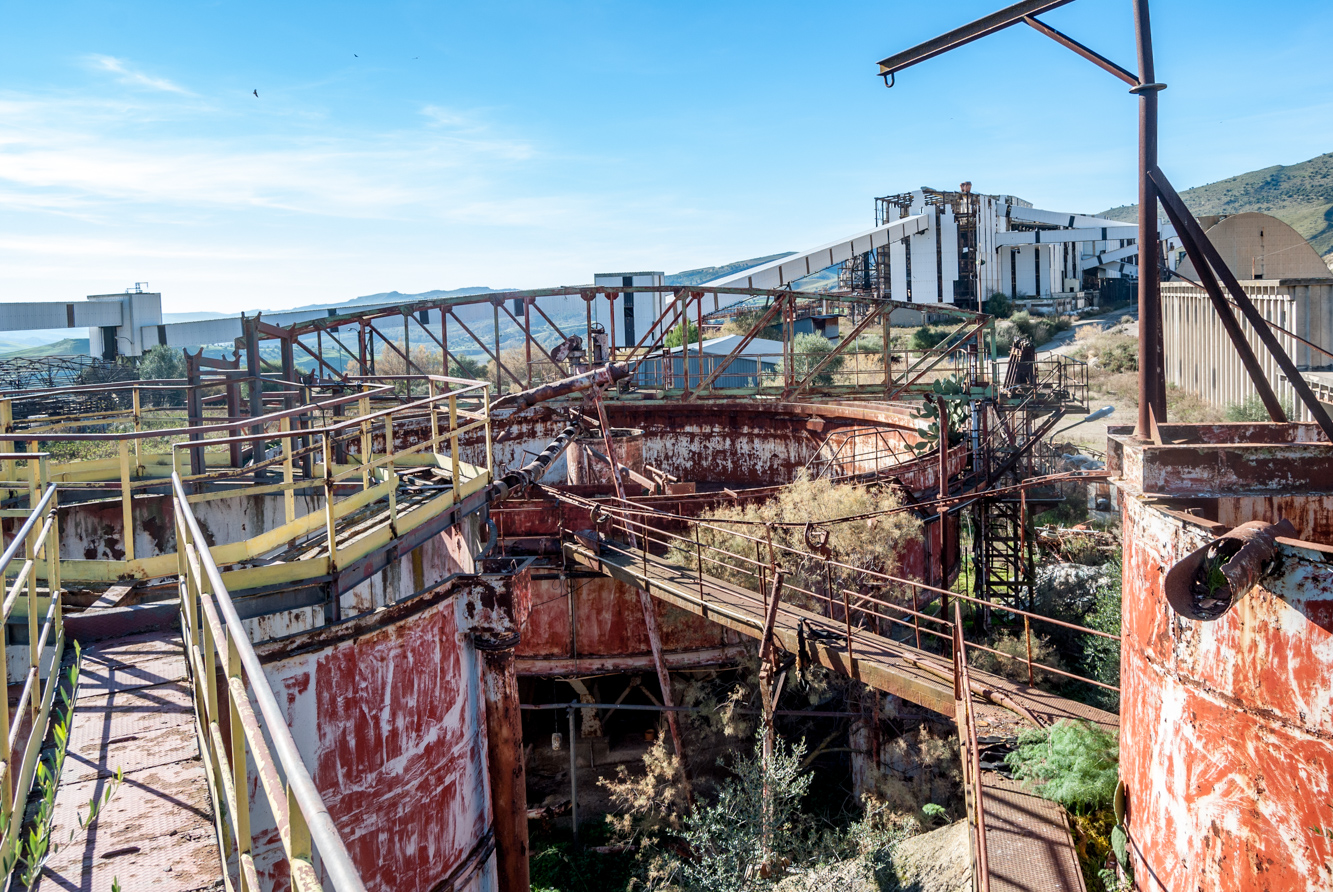 The great abandoned mine is located in the hinterland of Sicily, it is at the center of a thousand controversies. It was among the most important mines for the extraction of mixed alkaline salts and, during the 1990s, there were about 500 employees. It was property of the Sicilian Region since 1999, the year of dissolution of the EMS (Sicilian Mining Authority), but nowadays it is abandoned. The mining activity ceased in 1992 for reasons still enveloped in mystery. In fact, there are discordant versions about its closure and its consequent abandonment. One of them states that the activities were interrupted in order to favor American and German salt multinationals who still maintain the monopoly.
This mine, full-fledged, took up to two million tons of kainite and potassium salts and, according to some estimates, could continue its activity for another thirty years. It was made up of 4 drainage wells equipped with modern means for extracting and transporting the extracted minerals.

Nowadays it is interesting as an expression of industrial archeology; it could represent a site of attraction and cultural development but theu prefer to let it die. Unfortunately, this slow agony brings with it consequences on the neighboring territories, as far as the mine retains a lot of asbestos that would have to be reclaimed even through an allocation of funds.Bigbags filled with “asbestos cement” are abandoned under the sun with a flourishing vegetation which, by now, is growing in the middle.
Investigations, trials, and stoppages followed just after the uncomplete reclamation. Only some of these toxic mountains seem to be properly stocked but it isn’t our responsability to understand if these environmental conditions produce pollution or somethinf else. Anyway we believe that we should not close our eyes in situations that undermine everyone’s health.

More photos : The great abandoned mine