By Alessandro TeseiNovember 3, 2017No Comments

I want to start this new year with a rare pearl, found in the chest, from which I draw often, of  Marche region. Even this, like all important discoveries, occurred by chance. 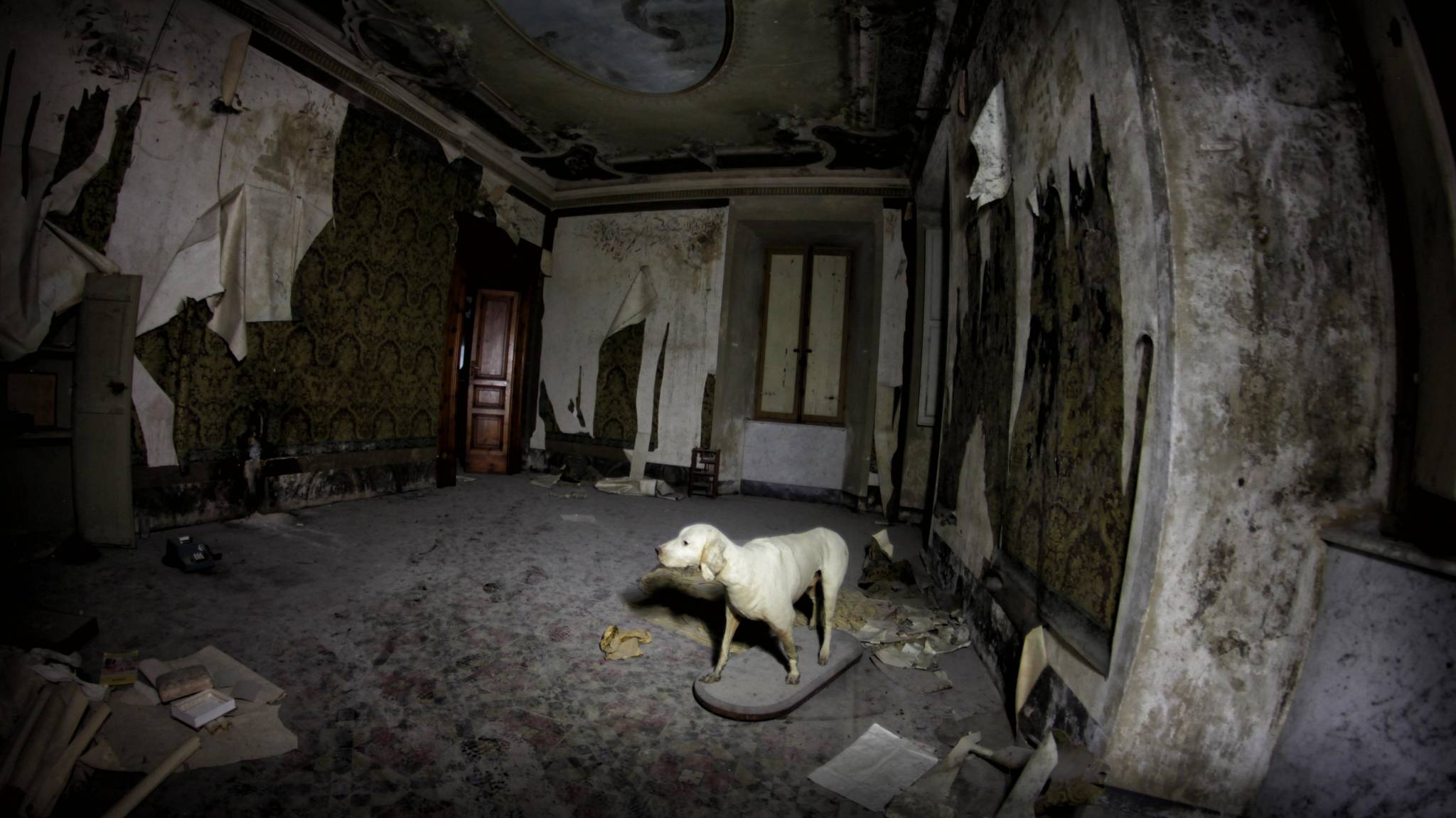 I accompanied my mother out of town, to attendher affairs, and, because I had to wait, I decided to take a walk in the village. As in many town centers, even here I immediately noticed several cases of places probably neglect and pre-abandoned. Even in only one district, I am sure, I identified at least three palaces in decadence. Among these, one in particular aroused my curiosity, for its huge size and for a side easily scalable.

The facade was in poor condition, although some details make me think of an uncompleted recovery attempt, as many windows were closed externally with plywood. Although I was well dressed, and with just over half an hour available, I decided to climb, finding myself a little later in the inner garden of the huge building.

The time, as I have already mentioned, was little, and my clothes were unable to pass unscathed through the bushes of brambles that characterize the garden, so I decided to go back down, reach my mother, and choose another day for coming back.

A little less than a week and I’m back there, along with an urbex friend. We decide to divide the tasks: I go up and look for a way to enter, he remains in the street and make sure no one see us and decide to call the police … after these days, thanks to those who delight in burglary, our passion is becoming increasingly risky.

In less than 5 minutes I m in and I open  the main entrance for my friend.

The place is revealed immediately as one of the best  found so far. The ground floor, with old books and magazines of the early ‘900, between dusty furniture and family portraits, leaves us speechless. We note however scaffold that reinforces a support beam of the first floor, in addition to the total lack of the staircase that connects the first and second floor: it is obvious that a few years ago, someone make works inside. We get to the first floor, completely dark because of the panels on the windows, and there I remain almost dry by fear. In one room, from the shadows, I suddenly see the figure of a dog, and only after a moment I realize it was embalmed. I assure you that despite all, the scare was enormous!

The place is really huge and the rooms follow one another, beautiful in their decay, which often includes furniture and bequests of any kind, including curtains, closets and even beds in the two bedrooms on the first floor. From a branch of the main corridor we get in the kitchen and dining room, where the furniture is almost intact. And from there we find the access to the second floor  by the service stairs, which fortunately are still intact. Going up, we come across a “middle level” of servitude, without friezes and frescoes of the main floors, but interesting for the presence of a finely worked safe. We try without success to understand the mechanism, looking for holes for keys or hidden levers … nothing. Soon after, we realize that someone has penetrated from the back, and, despite everything, even looking it from the inside, we can not understand how it works.

Going up to the second floor, they begin again the frescoes and the furniture, though the collapses are much more extensive. Seeing the roof, we understand that was redone a few years ago. Satisfied with the discovery and the pictures taken, we decided to came back home. The story usually end up here, but not in this case.

As I often do, I publish a photo preview on Ascosi Lasciti facebook page, the photo of the embalmed dog.

After a while, I am contacted by a follower, who privately tells me he knows the palace, that he visited and photographed in 2007, for work reasons…and he gave me theese old pictures. I learned through him that the building was inhabited by two sisters, who died sometime in the 90s. The heir left the palace to the dogs, until the collapse of the roof, and then seal it and abandone it again.

Ascosi Lasciti’s founder and admin. He created this blog in order to link the most active urban explorers. He is winner of many international documentary and reportage awards. He mainly deals with videomaking, photography and graphic design.