The crystal ship on the Aqaba Gulf

By Jonathan Della GiacomaNovember 7, 2017No Comments

“Ships have a soul and a voice, and when they sink they greet with their last sad lament, their commander, before they die” Valerio Massimo Manfredi 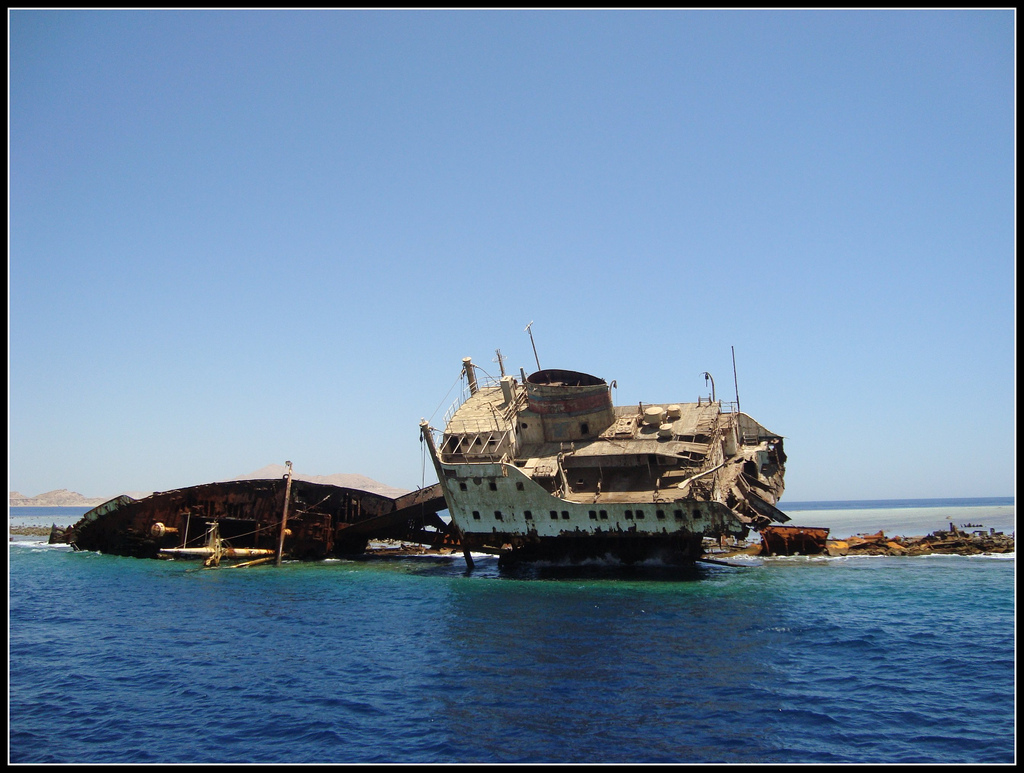 We are in Egypt, in the Tiran Strait, on the Aqaba Gulf, in the Red Sea.
The fascinating wreck of the Louilla cargo is framed by the sea and is located on one of the most beautiful coral reefs in the world. To the visitor’s eye, the macabre wreck appears as an ocean ghost surrounded by crystalline water. The ship looks fragile as if it were crystal, not iron.
For over thirty years it has seen high and low tides. The stormy sea tried for several years to drag her forever in the abyss. It seems that from one moment to the other it must be overturned and sink in forever. But she, the crystal vessel on the Aqaba Gulf, still resists from the force of nature that is slowly corroding her. One day, anyway, there will only be a vague memory. 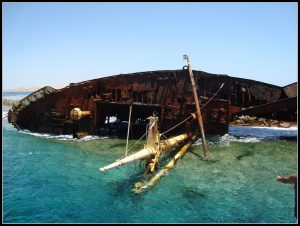 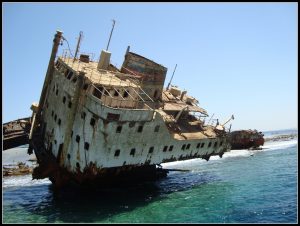 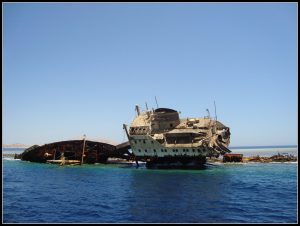 The merchant Cargo Louilla crashed into the Gordon Reef in 1981, losing part of its load in metal cans. In the summer of 1999, 18 years after the tragedy, an unidentified merchant ship crashed on Gordon’s reef, centering the Louilla wreck right behind the stern load shaft. As a result, the stern was detached from the rest of the wreck and turned 180 ° (in the opposite direction). The central part of the wreck was dangerously inclined to starboard, toward the reef’s drop-off, and leaned completely on the structure of the ship’s engines.
Now the wreck has become a tourist attraction for those who come to see the marvelous coral reefs.

The old photo is from 1998, when the ship was still intact.