“As surely as in wine there is truth, I’ll tell you everything, with no secrets. ” William Shakespeare 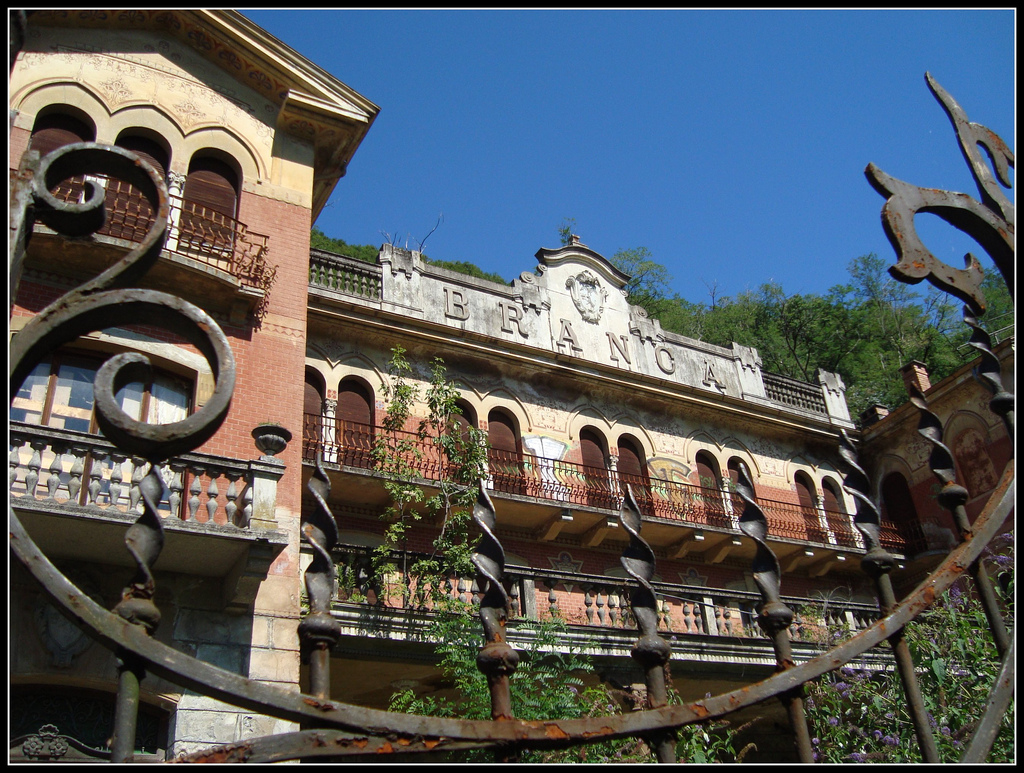 This abandoned villa was very important for me, it marked the birth of my passion and was one of the first abandoned places I visited, being quite close to where I live.
This could be seen from afar, surrounded by greenery. It was located on the lakeside of Melide, in the area known as “the cellar”.
And despite its days were numbered, it was reflected with vanity in the lake below.

Villa Branca was born from cellars. It was the most important example of eclectic-liberty architecture on Lugano Lake, and has been described as a fantasy medieval style that lies between postromanic and floral, embellished with mullioned gothic windows.
Her beauty was covered with an opaque veil of sadness that enveloped everyone who set foot inside it. Roof gardens and pergolas located at the top of the property added a further charm to the house. On the ground floor of the main building were the two main entrances: one for the cellar and one for the private residence.

The two entrances, complete with a decorated door and stone lions that guarded them, had been walled up from the inside, how to prevent the villa to scream its pain. Windows, locked with wooden bars, stopepd the light of hope to go beyond the opaque glass. Many shutters tape had torn, closing as guillotines, decapitating forever the sunlight. In the upper floors were situated elegant rooms with frescoed ceilings and the pretty wallpaper.

In some rooms there were precious marble fireplaces that some jackal had the idea to remove and use them for their homes, although some of them were saved, especially the largest and most beautiful place, the majestic hall that was added in the years ’20. It was one of the most beautiful rooms of the house, although very damaged due to significant water leaks from the roof, which had ruined most of the colorful frescoes. Above the fireplace, frescoes on the wall, there was the coat of arm of the Branca family. The walls were covered of a precious wood paneling and the ceiling was paneled in finely decorated wood with floral motifs. The wall towards the lake, was formed of large windows with lead and stained glass, reminiscent of the Gothic style.

The main building was completed around 1912, later, in 1920, was added the right side and the Gothic revival style hall with the marble fireplace, by the architect Americo Marazzi, of Lugano. The park was extended for a full 46,000 square meters. Uninhabited since 1981, after the death of the last owner Adele Branca.

It was sadly demolished after many complaints in June 2, 2010, to make a residence with 49 luxury apartments.
I loved this place that unfortunately is disappeared, and I have always seen as an old rich lady consumed by time.
Although today is gone, its memory and its beauty will remain forever etched in my heart!