New year’s Eve at the Palace

By Jonathan Della GiacomaNovember 12, 2017No Comments

“And that promised spring, it’s just another lie that manure the Earth …” 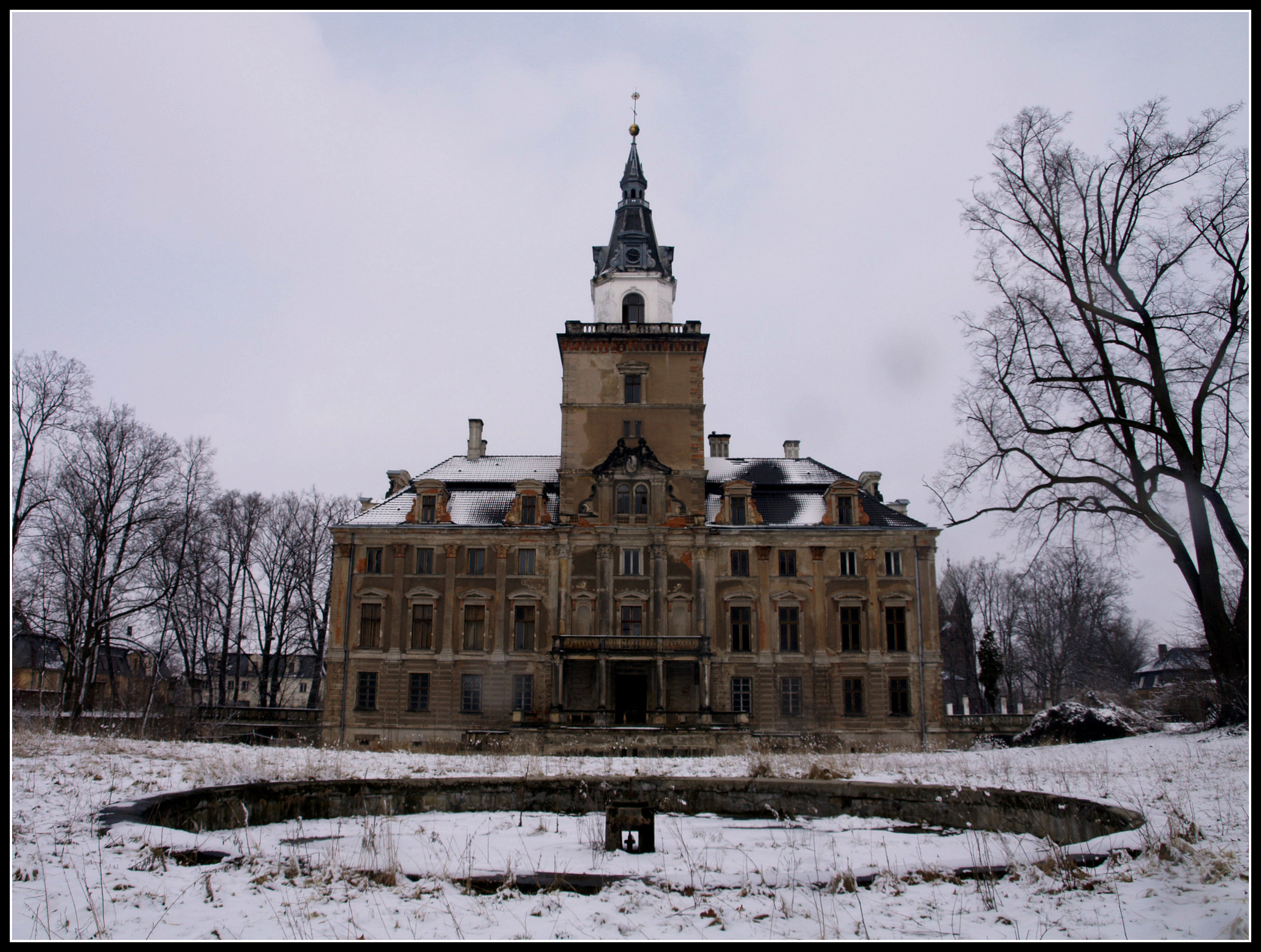 In the heart of winter, between snow and fabulous suggestions, immersed in a park of ice and protected by a beautiful gate, I arrived to this imposing palace, surrounded by a pond that encloses it.
There are memories of a New Year’s Eve at the palace, where elegant ladies and gentlemen danced in the big ballroom, while outdoors, frost and winter get drunk.
They are memories of sumptuous banquets and hundreds of guests.
They are memories of guests and illustrious characters who stayed in these rooms.
They are memories of unforgettable celebrations.
They are reminded of a composer who performed his songs in the big salon.
They are faded memories of a past, far, almost remote past.
Memories from other times. Times that do not come back.
Today there are gray walls and a large cracked fresco between two symmetrical chimneys.

This Polish abandoned palace was built in the early 16th century and expanded in 1720. After the Battle of Hohenfriedberg (June 4, 1745), the king of Prussia Federico the Great settled there.
In 1890, the palace even hosted Kaiser Wilhelm II and Austrian Emperor Franz Joseph.
Subsequently he became the property of the composer and organizer of the Silesia Music Festival, Hans Heinrich XIV Bolko von Hochberg.
Then, after glorious celebrations and times, the war comes.

The palace was confiscated and looted by the Soviets, and at the end of the conflict, the composer Hochbergs was not allowed to return to his residence, as Silesia was taken from Germany and given to Poland.
The building was restored in 1953 and was used as a colony for the miners’ children.
In 1990 he was bought by a private investor, who soon went bankrupt.
Today lies frozen in a state of abandonment.

We are waiting for a new investor to resign the big tower clock.