By Jonathan Della GiacomaNovember 17, 2017No Comments

“Beauty is a fragile asset.” 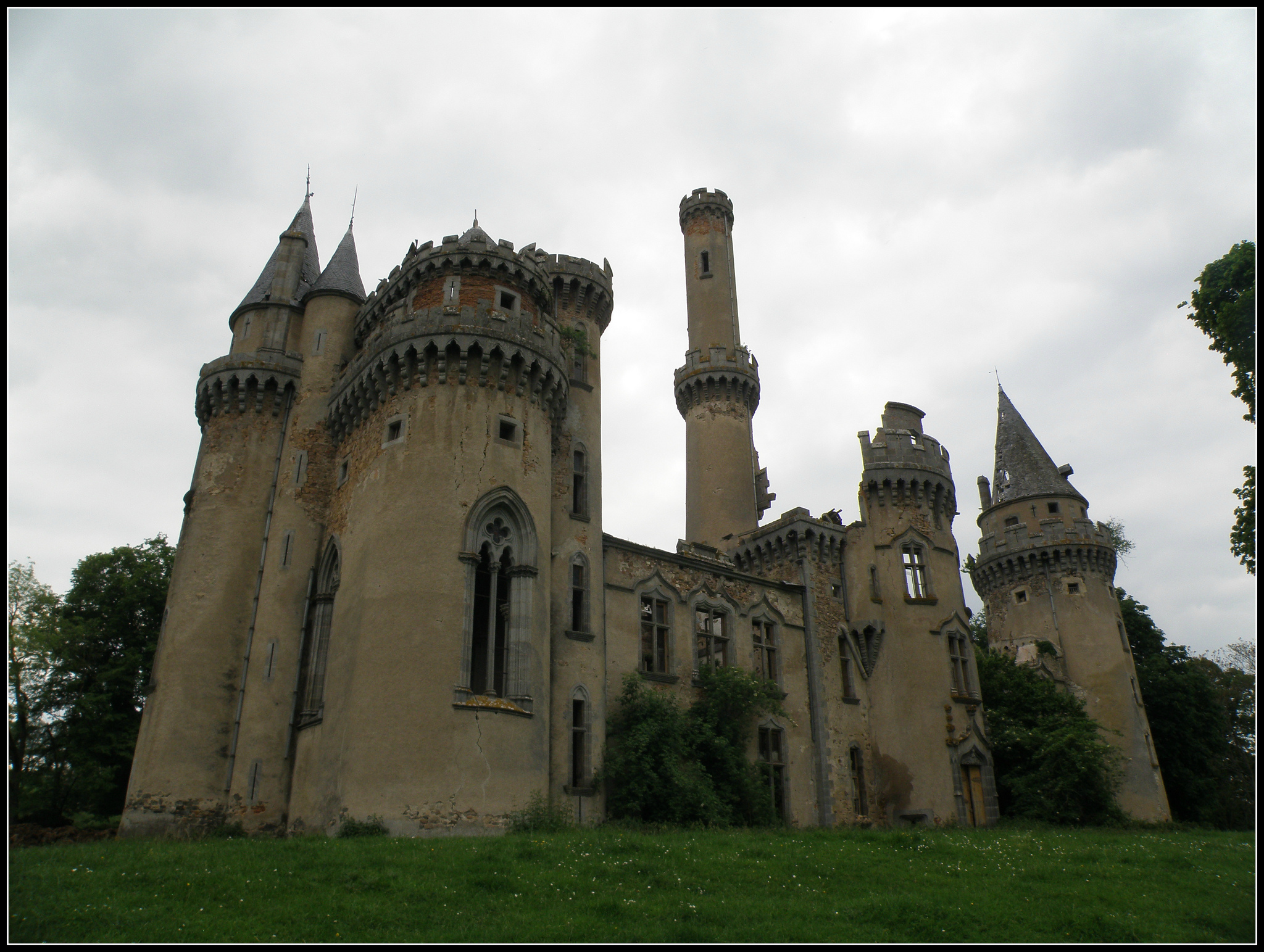 During one of my tours in France, along the journey full of location, I have been forced to stop to take pictures of this abandoned castle. Maybe is not particularly attractive for the interior, but magnificent for the amazing fairytale ruins and his compelling story.
The present castle was built by a Marquis and his wife on the site of a more ancient castle of the fifteenth century, destroyed during the war.
The only part of the castle dating from the fourteenth century preserved, was the great tower surmounted by a steep roof.

The reconstruction lasted over 25 years and were spending huge sums of money to make it happen.
Work began in 1858, only to be interrupted during the war of 1870, and finally resume in 1875. All plans, drawings, woodwork, wrought iron, stone sculptures, were made by the Marquis himself, not designed by an architect.

The castle is in Gothic Revival style.
This building was built to reaffirm an identity, the presence of a glorious past during the Revolution.
The childless couple had decided to leave the castle to a Count pretender to the French throne. It was inhabited until the beginning of 1900, then began its slow decline. They were looted furniture. sculptures and decorations that graced the halls.

Inside we can see two beautiful fireplaces designed by the wife of Marquis, one in the “great room”, white, carved in stone, depicting Saint Martin giving half of his cloak to a poor man. The second, which is located in the billiard room is called “The Battle”.
We also find a beautiful Gothic chapel (inspired by the Sainte-Chapelle in Paris) dedicated to the Sacred Heart and St. Martin. Upper balcony from the master bedroom overlooked in the chapel of the Marquis, so he was able to attend mass.

Unfortunately, the castle is now reduced to a pile of rubble, and yet, it still has a surprising charm. And the high tower that seems so thin and fragile still stands to the sky to symbolize his power, until its last day …