By Alessandro Tesei February 24, 2018 No Comments 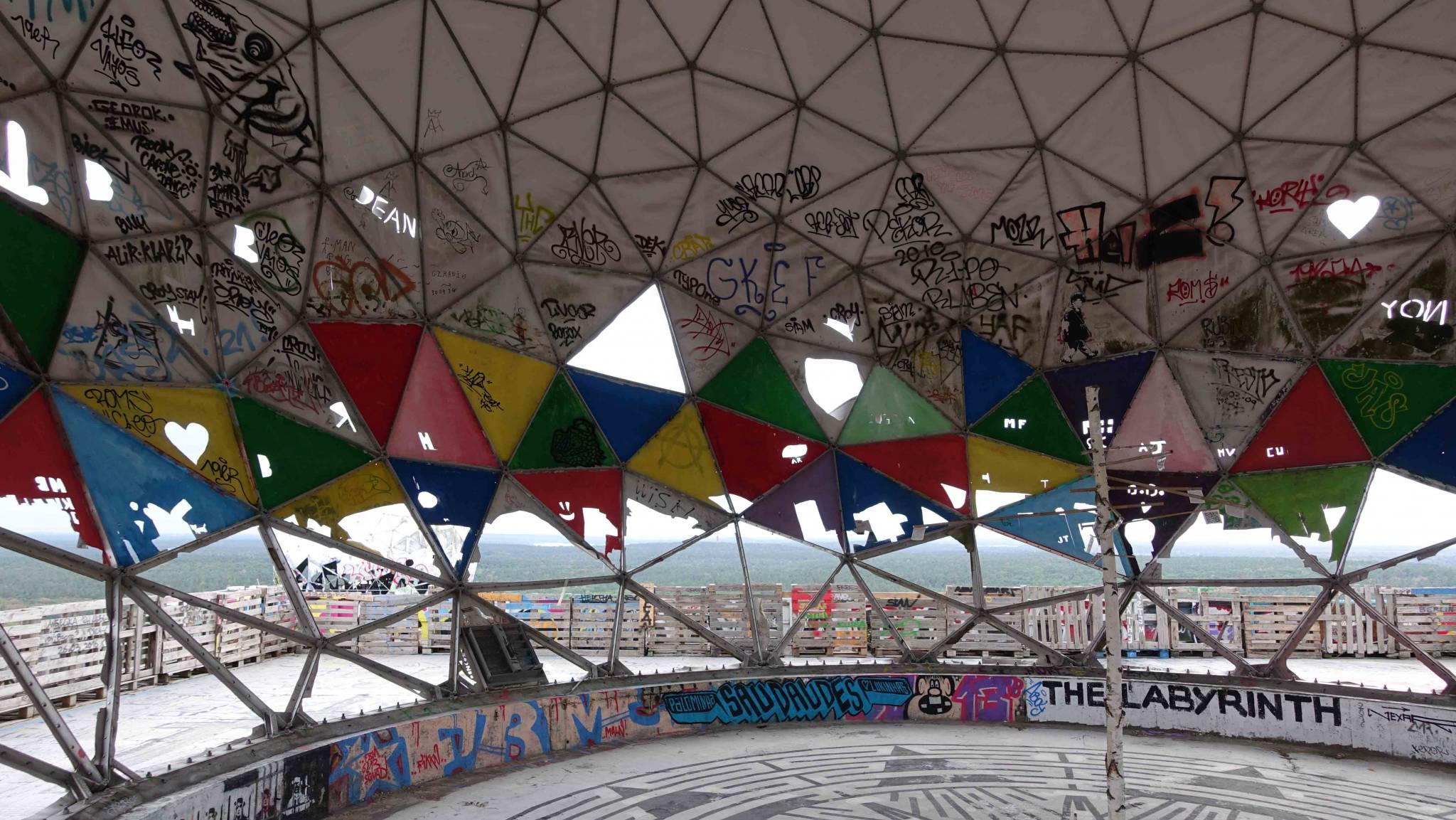 The second annual location of the Berlin tour, is the legendary Teufelsberg, which in English means Devil’s Mountain.
More than a mountain, it is an high and vast artificial hill, created in the post-World War II years with all the debris and rubble transported by the near-grounded Berlin.
His fame, however, is due to the espionage station built at its summit.
From here, from the mid-60s to the collapse of the wall, the NSA, in conjunction with the Americans, was delighted to spy and capture messages from East Berlin.
After that period, all the machines were removed and only the suggestive semisphere antennas still stood.
And, as usual, a long walk is waiting for me: at least 7 km by foot.
I know the area is guarded by groups of displaced persons who claim payment of a bribe to enter and visit the old radio station.

I can not accept it.  it would be like going to the museum, so I leave the asphalted road and cut into the woods, according to my broken sense of direction, towards the back of the structure, which I assumed was not guarded.
As often happens, I lose myself. I roam for half an’hour for a grove thick enough, then finally go out on a dirt path, where I meet another pair of travelers.
They are French and with my same intent.
After walking for a long time, we finally get to the double perimeter fence, high and equipped with barbed wire, but patched in multiple points.
We walk around for a while until we find a usable access.
We’re inside. On the back.

We hear strange noises, almost as a construction site, pneumatic hammers, chain saws…
We get around to make a look and notice a few people.
We think it were the legendary punks that infest the area. Nope, they were too old and well dressed, with photographic equipment and hiking boots.
We take courage and turn on the exposed side of the structure.
Do not believe it… There will have been at least a hundred people, including families with children.
Everything immediately loses charm, so I decide to leave the French couple, make a quick visit, some photos, and leave as soon as possible from that place.

Start climbing the stairs to reach the antenna.
On every floor opens up space and space with plenty of punkabbestia at work, with welders and other machinery … what they have in mind to build… I don’t know.
The stairs are endless and you get to the top exhausted.
In the dome there were people of all kinds, including a group of people who were meditating, and repeated the “ohm” by exploiting the very powerful resonance case that is still working.
That was an experience! I’ve been completely wrapped up in the sound, and I can say I’ve never experienced such a hearing before.
I’m listening for a moment, then I came back to my main mission: snap and go as soon as possible.
People froze everywhere, you have to do stunts to take home a photo without people in the middle.
Suddenly it starts to rain, I insult god, and I go out from the main entrance.

I wave to the demented clerk sitting at the entrance, and I started sending me down.