Where is the Princess? 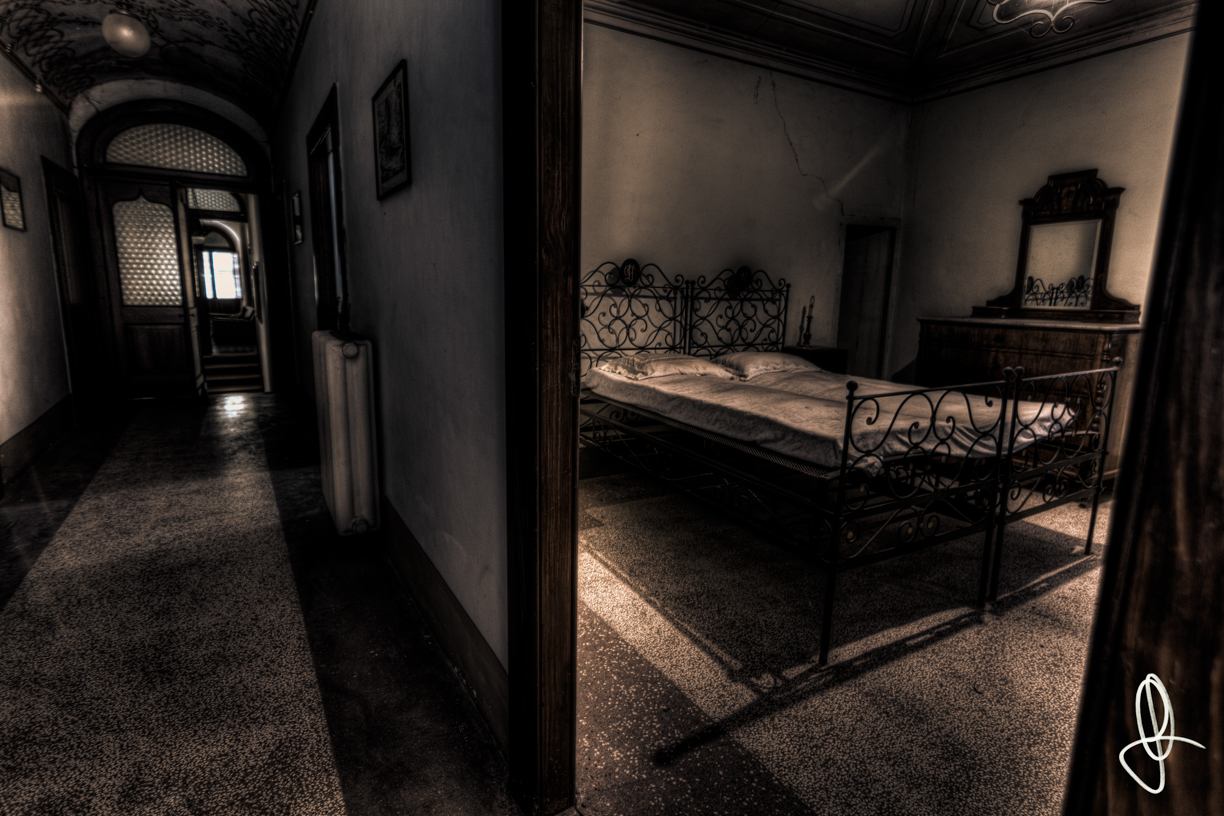 The news about the foundation of this palace are quite uncertain, although some documents trace the beginning around 1143.
As often happens the castle towers over the town and dominates surrounding farms and houses, was originally presented with angular towers, moats, battlements, and whatever else could serve for defense, but now has a less warrior aspect, after the transformations of the last century, when the owners have decided to establish it as the centerpiece of their landholdings.
In fact everything has been distorted in shape, adding new volumes, new windows, even walling the ramp of the drawbridge which overlooks what once was the moat but is now a charming Italian garden. The interior of the building is made up of different parts, but we could see only the nobil one, developed over several floors with many rooms, including one game room where stands a magnificent chiseled billiard, even if for me the  best piece was the study , whit numerous books, family records and archives with many registers of agrarian administration.

In our tour we wasn’t able to visited the cellars, the stables and the plebeian area, but the ‘few’ rooms that we could see was enought. From what they tell us, this beautiful manor will not have a very bright future. Snubbed by the owners due to the huge finances that requires the maintenance, unapproachable to prospective purchasers and mistreated by the Ministry of Cultural Heritage because of its remodeled (and therefore no longer of value), we can scarcely imagine the charm of the old glories, helped also by the good conditions and its absolute strangeness from urbex circuits. You could think “ok, there’s eveything…Where is the Princess?

It’s time to act. So, loads of the usual adrenaline that every ‘first fruits’ gives us, we cross the old door that ensures the manor by soldiers (once) and vandals (today) for centuries.
What appears to our eyes entering the court is a mixture of awe and sadness. Astonishment at seeing the good general condition, sadness in thinking that will not last forever!

The first room that we visit is very similar to a medieval-style pub, with still hanging festoons that remnants of some party, a large fireplace and a few furniture, but we do not demoralize and after some shots we pass on the higher floors, where rooms are primarily bedrooms and bathrooms, fairly preserved and furnished, probably destined to servitude. Moving on, we come to the true master area, with beautifully-decorated living rooms (and furnishings) and bedrooms full of chandeliers and beds of fine workmanship. The only discordant note is the jumble of styles that can be seen moving from one environment to another . You can easily pass from a bathroom from 80s with red-tile fire to a “Luigi Sixteen” style room. Feature surely due to the decades of rearrangements used by the owners. Unfortunately or fortunately, a few will have the privilege of getting inside these walls, walk on the checkerboard tile floors, past the finely decorated pool table, watch the eclectic chandeliers shaped like dragons or just sit in one of the noble parlors scattered around the castle.

The end of the visit. Unfortunately the time granted to us is finished, we must reluctantly cross the ancient moat, with the promise that there will soon be granted another opportunity to visit this splendor that still waits to be rediscovered.

Born in '76, photo-reporter, musician and artist. Nowday he does not work for Ascosi Lasciti but he's leading his personal project : the "P.L.A.I." (italian abandoned places and locations)