By Elvira Macchiavelli March 4, 2018 No Comments 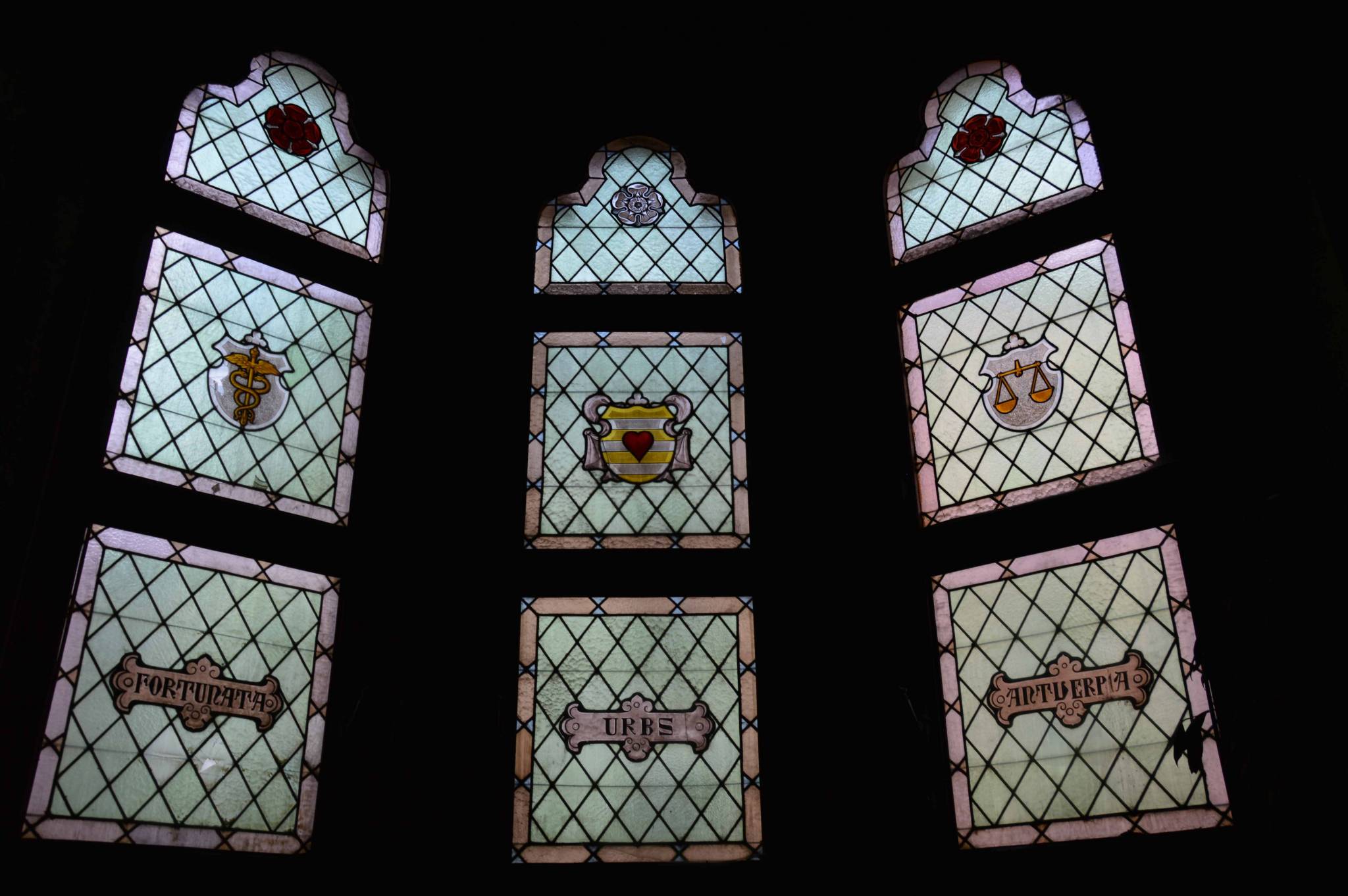 When you hear of Chambre du Commerce, a series of amazing images appear in the minds of most of the scouts. Crossing the Threshold of the CDC, one of the most luminous and refined urbex places, is not easy but not impossible. Un(fortunately) the complex is going to be converted into a kind of mega multifunctional club with restaurants and meeting rooms. Placed in the center of Antwerp, the Chambre du Commerce was completely sealed: every hole or probable access was finally closed. To block the road, in addition to a padlock that Houdini would be able to open in two moves (but definitely not us), we find barbed wire, panels and alarms. Ah! Small detail … the main street of Antwerp is practically at your doorstep.

However I got confirmation that dreams come true if ardently imagined: the first pictures that I imprinted in the minds of urban explorer were just the Chambre du Commerce. Bright place and unique architecture, deserved to be immortalized.

After 1531 Antwerp began to play his part as a commercial city. The grant Antwerpia was a rectangular square with four sides, occupied by some galleries: an open and closed space at the same time. The architecture du Chambre of commerce of Antwerp has perhaps been a prototype of the office of Bruges.
At the initiative of the representative of the British Crown Thomas Gresham, a resident of Antwerp, the London Stock Exchange opened its square on the Belgian model. In 1570 Queen Elizabeth confirmed the opening of trade with Rotterdam and the stock market began to get rich.
However, the Chambre burned several times and was then rebuilt in 1872, but remain in a state of neglect since

The central complex of the Chamber du Commerce is organized on three floors. The ground floor consists of a few wooden numbered cabins, where probably worked employees. On the walls are painted numerous maps and the ceiling are gothic arched with red bricks. The columns supporting the structure, are made of wood inlaid fluids floral motifs. In a corner of the central part are the stairs. Shrouded in semi-darkness, I walk the spiral stone reaching the first floor. From here you can enjoy the best view: the long terrace runs around the wide, while the gothic arches and slender stand toward the skylight. The roof of the CDC is entirely glazed and has some arms that do not know the meaning. Everything is in balance and in perfect silence, a harmony of lines and angles: sublime embroidery. Also interesting are the other rooms of the house: the majority with dark wood floors and with the inevitable fireplace. The top floor is a series of corridors with open doors, broken windows and mold: the other side of an orderly abandonment.
In the old part of the structure, along another stone staircase with handrail in wrought iron, you get to a room very particular: the importance of the ‘Lucky Urbs Antwerpia’ is even etched in stained glass of the window.

The CDC does not end here: connected to the central part there are also other stables, but I have not visited, because I wanted to stay as much as possible here, in the moist wound air, in front of the sight of the bright light that I dreamed for years.

Elvira Macchiavelli is part of Tuscany crew. since 2007 She study in Florence and she like to write. Very active in the italian urbex scene, she has a youtube channel "Where Elvi production urbex trip", a blog "Urbex at info!" and she is among the founding members of the website "esplorazioniurbane.it".