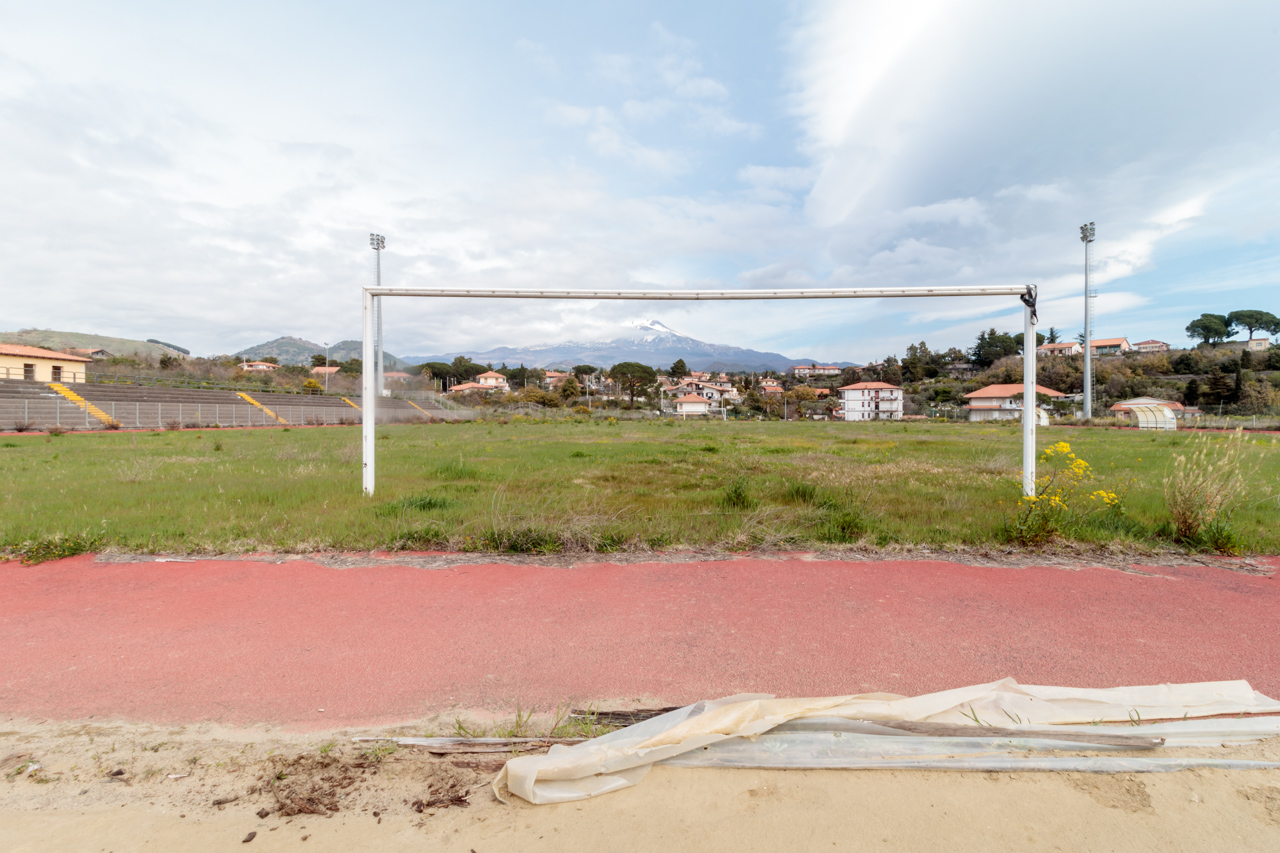 Municipal sports center with a glorious history behind it. From 2005 to 2013 it was used to train a Serie A team, but later it was abandoned for a more advanced one. The sports club had committed with the municipality to the restoration of the structure consequently to the restitution.

“An agreement had been reached of 350 thousand euros – say the vice-mayor and the councilor for sport – between us and the president N.P., who had undertaken to carry out the requested works; the well-known judicial events against him have made everything vain “.

In order to resolve the issue, in the summer of 2014, the sports team cleaned up the field from the undergrowth. Since then, there have been meetings and attempts at agreements that have never been made.

The sports club is sued in March 2016 for the failure to restore the structure, used for its sporting and social purposes. Deprived of all iron parts, to date the structure is vandalized and dangerously freely accessible.