The Virgin Mary and the Howl of Wolf

By Francesco CoppariJune 10, 2018No Comments

Definitely not the most beautiful church of the Marche region, plus it is extremely unsafe and decadent, but I liked to show you and tell you the story of this desolate place, abandoned to itself and overrun by brambles and pigeons, where, however, exudes a strange atmosphere, of the times and of the glory of the past, and of which now only ruins remain. 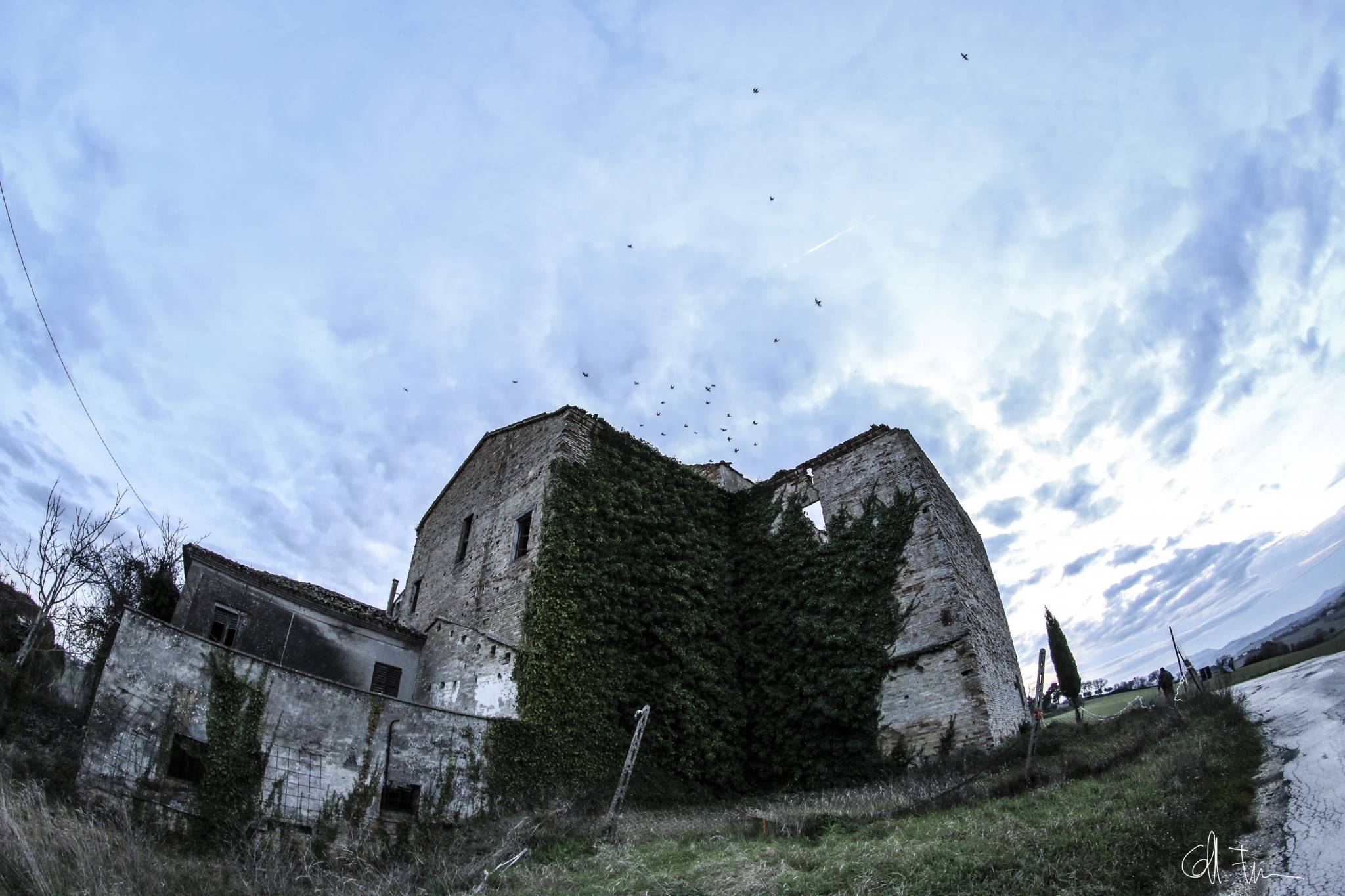 Initially I had no information except its location, but by chance, talking to a friend, he advised me to give a whistle to another guy that we both knew. Talking with this person, I learned that he was born just a few steps away from this sacred place, and without delay he began to tell the story. The aforementioned church, built in the eleventh century was actually a thriving Benedictine abbey destroyed in the following century with his castle. In its place was built a kiosk or “little figure” of semi circular bricks, dedicated to the Virgin Mary. In the sixteenth century it was rebuilt and the newsstand incorporated into the new structure. With the years there were extensions and modifications including the construction of a cellar and the rectory of the parish priest. Everything seemed to be going well, but in 1986 the church was closed to worship.

The factors were different: the escape from the land in favor of the city, problems of restructuring, pastor absent, but the most devastating was the discovery of a vein of water with consequent flooding of the basement and foundation.  Only the Madonna were saved from this place (invoice wooden, with his clothes covered with fine gold and bearing in her arms the baby Jesus), who was transferred to a nearby church. From here begins the slow decline of the structure that has lasted twenty-eight years. The first thing that collapsed was the bell tower, and the bell that was saved, in a short was stolen. The area of ​​the church also housed the festive campaign but were moved because of the dangerous situation in the districts adjacent. Then came the turn of the roof, a little at a time, it collapsed completely.

The situation, nowadays is the same that you can see from the photo, the place was more or less vandalized, I avoid posting pictures of the rectory, where they are just graffiti by idiots armed with cans. From the building above, the access easy and is possible to visit the winery with the barrels in cement and the remains objects belonging to those who rode award games of festivals.

From this area extremely unsafe you can access the church where the rubble of the roof gave a wonderful home to turf and a tree. The center of the church is extremely surreal, like something out of a fantastic book. While behind the altar we can admire the statue of a Benedictine monk, perhaps sanctified, in complete decadence. With the collapse of the ceiling were lost all the stations of the cross made on wood and painted, and covered the tombs of the monks of the abbey built previously.

It’s time to go, now the night is coming and in the distance only the faint howl of a wolf accompanies our return trip.