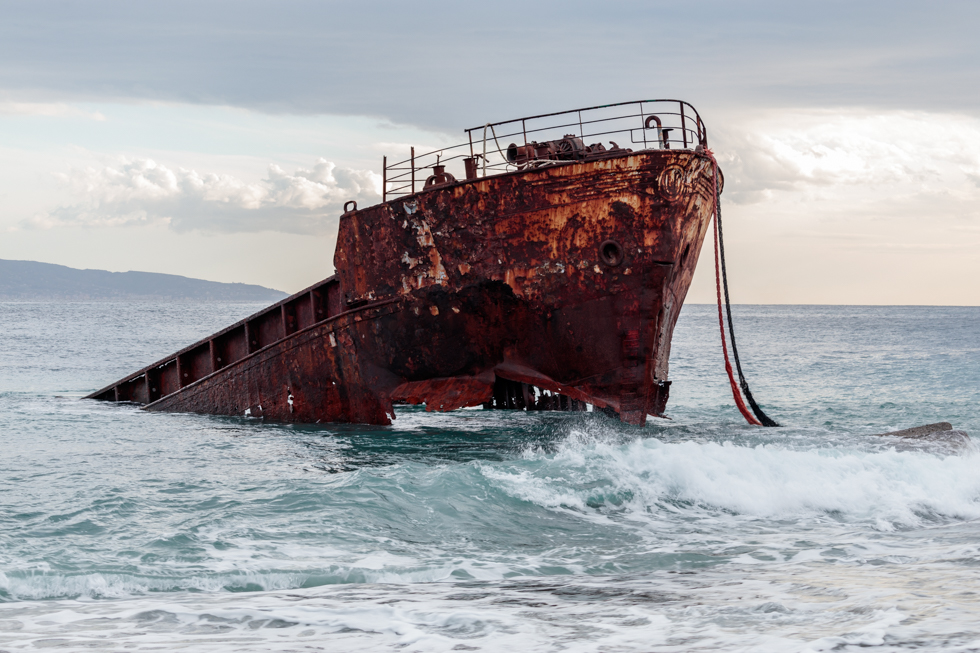 It’s been thirty-eight years since “Rigoletto”, the cargo ship that carried Volkswagen cars, caught fire off the coast of Capo Spartivento.
Launched in 1955 in West Germany, it was used for the distribution of the famous cars along the route to and from the United States and Canada. It measured about 79 meters in length, 13 meters in width and, compared to the other ships used on the same route, it could carry around 180 more cars.

About eighteen years later, “Rigoletto” was sold to a Neapolitan ship owner who renamed it “Maddalena Lofaro”. Twelve years of service but in July of 1980 the ship came into disarrangement simultaneous to the explosion of a fire on board that forced the crew to abandon the ship. Still on fire, the ship was beached in front of the construction site that would have had to deal with the demolition, unfortunately never happened, as no contract was stipulated for its disposal.

To date, its remains are often explored by divers who keep what’s left on the seabed.