By Alessandro TeseiJanuary 3, 2019No Comments 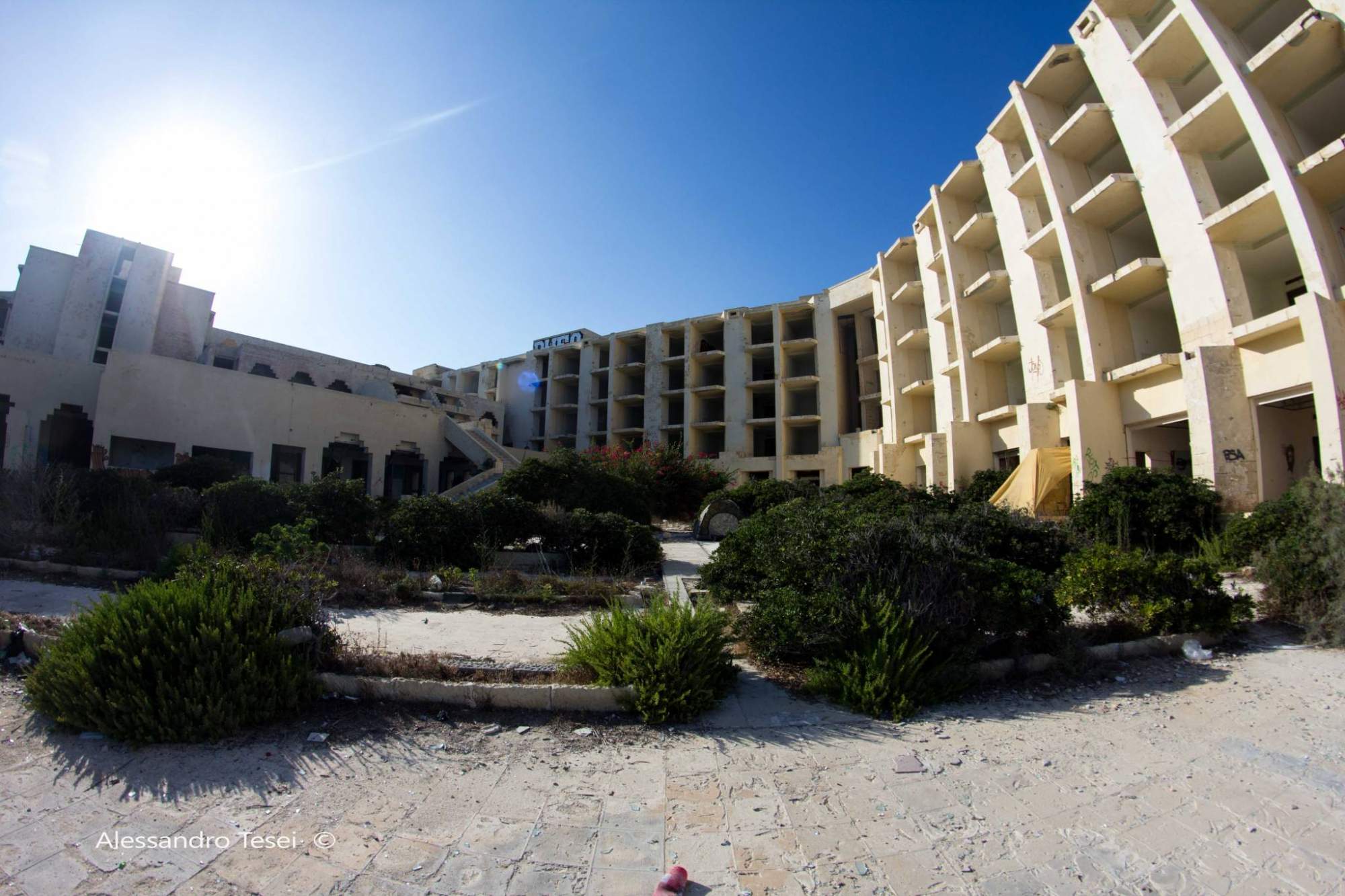 The Jerma Palace Hotel was a 5 stars hotel, and was built in 1982 by a Libyan investment fund. It was the largest hotel ever built in the south of the island. There was also the personal suite of former Libyan president Muammar Gaddafi. The Jerma presence meant that the village of Marsaskala, was transformed from a fishing village to a village dedicated to tourism.

But unfortunaly the Hotel closed its doors in 2007, and in a very short time it was looted everything with a minimum value, including all the coverings, the marble floors, the carpets, the doors, and even the bricks were stolen.

I am sure that most of the luxury villas that stand next to his skeleton have within them various “memories” of the Jerma Palace. Over the years it became a refuge for displaced people, drug addicts, and even a docking area for the traffickers of men who left Libya with their cargo of desperate people looking for a better life, which in Malta is usually not allowed for a migrant, given thedisgraceful welcoming policy of the island.

In any case, today, what remains of the Jerma Palace is a gigantic empty skeleton, which the Maltese use partly as a dump and partly as a beach (yes, in summer there are entire families camping in ruins and rubbish).

In the year that I lived in Marsaskala, when I was going to run, I was constantly passing by, but only after a few months I decided to enter, since it has never inspired me too much. Access is the simplest thing in the world, being open on all sides, but from the point of view of urbex aesthetics the place is worth very little. A couple of interesting shots can also be taken, but the exploration does not reveal any noteworthy surprise.

I hope it will be cut down as soon as possible, given its enormous size and the waste of territory that is scourging the small island.