By Francesco CoppariJanuary 3, 2019No Comments 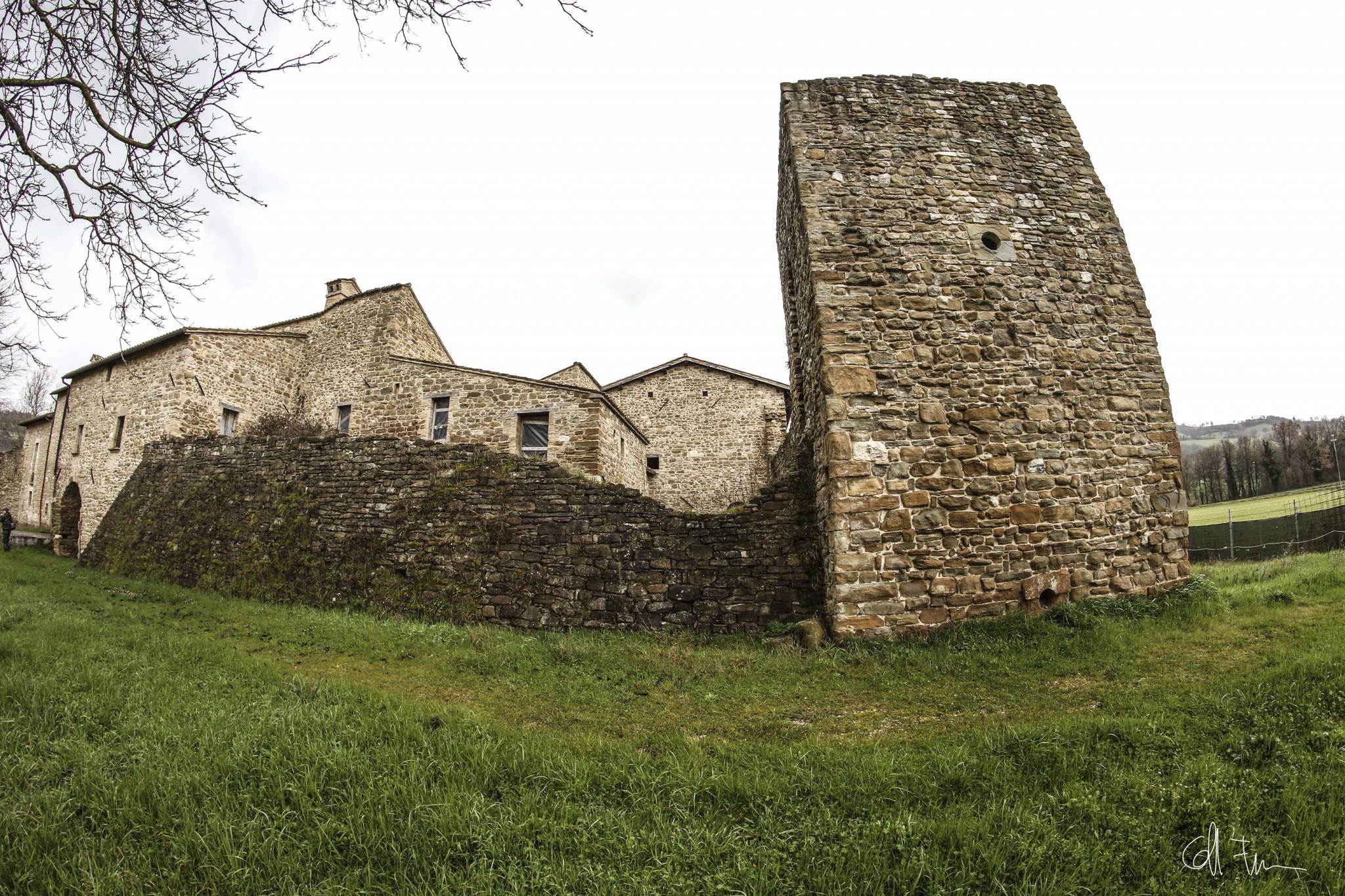 Builted in 1371 this structure appears to be the first example of a castle turned into a Renaissance villa. Rectangular shaped, has four sides with angular towers and a square base escarpment. It was originally surrounded by a wide and deep moat fed by the waters of the nearby river and accessible by a drawbridge leading to an entrance hall with a barrel vault.
Inside is an open gallery with octagonal pillars and pointed arches carved in two colored stone rings, which are a beautiful example of late Gothic architecture began in 1375 and ended a few years later.

Only in 1464 was transformed into a fortified villa, from his landlord, who had painted in the great hall, almost life-size sixty historical figures, now almost completely illegible. The only recognizable are Tancredi d’Altavilla, Roberto il Guiscardo and his son Ruggero, king of Naples. Over the centuries the castle has hosted several celebrities such as Luigi I d’Angiò, Amedeo VI of Savoia and the Pope Giulio II with seven cardinals and an escort of two hundred horsemen.

After 1528 the building passes from hand to hand until 1993, but its function as a summer residence was gone, in fact, for the duration of 1900 was used as a farmhouse, barn and warehouse of various farms that have occurred during  in the years. Because of the violent earthquake of September 1997, the castle suffered a lot of damages, but a little later it becamed a restoration project, and in 2002 was revealed in some rooms new cycles of paintings and new decorations.

In early 2000, the fort was put on sale by the court and in the following year it was acquired by winning an auction, by a roman society. Since 2012, the building and surrounding grounds are passed to another owner but a bit ‘for the global financial crisis, a bit’ for the high amount of money for restructuring, they left the project. A pity, becausethe yard counting for the recovery of the site began in October 2013 and is still stuck with the obvious consequences that you can see in the picture, as the basement flooded.

In conclusion, this is a very nice and very important legacy, given its history, that I told only partially … a story of lies and betrayal that ends with the poor Giulio strangled after a fake dinner invitation…