The convent in blue 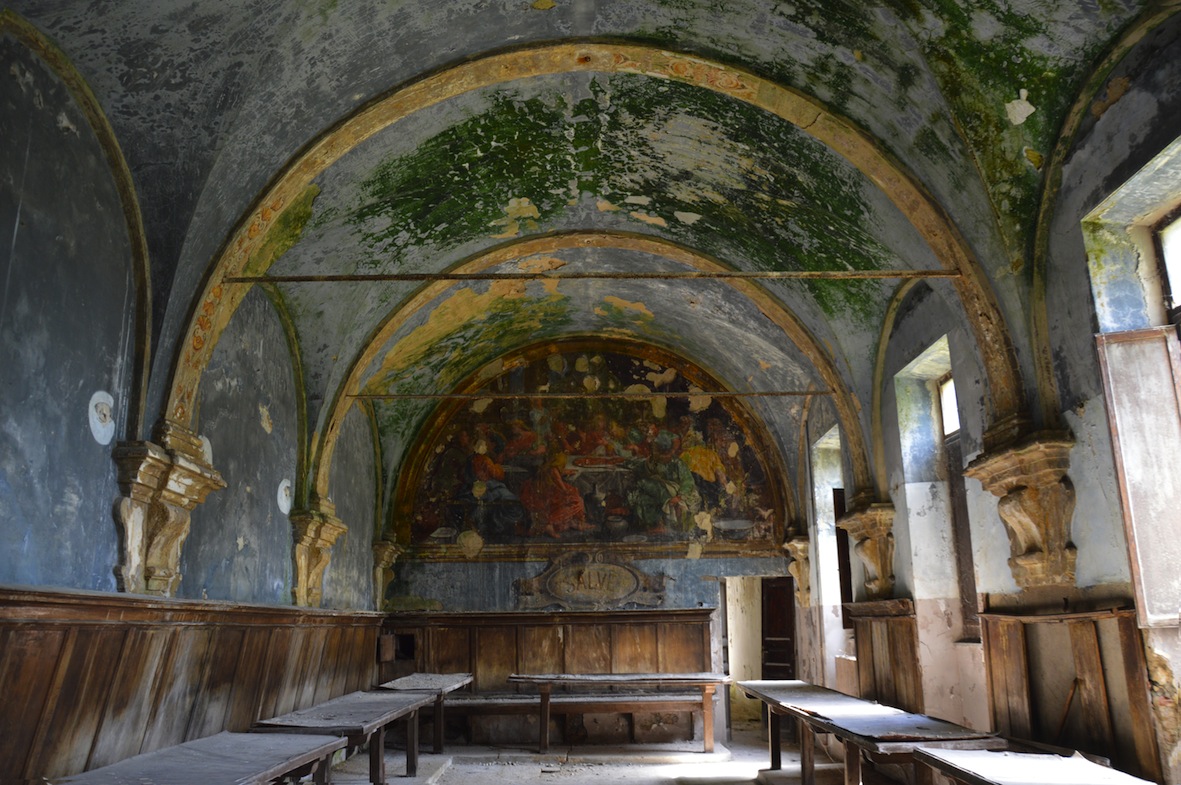 I never expected to cross that dusty threshold and find myself in one of the most beautiful abandoned convents I’ve ever seen: the convent in blue. An ancient building dating back to 1403 and built at the behest of Pope Eugene IV, the convent in blue was enlarged over the centuries.

In 1866 the structure was entrusted to the Municipality of the place who decided to adapt the structure to hospitalize and welcome the elderly. In 1929 the former convent in blue was inaugurated in the name of Alessandro Mussolini. In 1933 the Podestà of the Municipality donated the building and the land directly next to the rest house, thus obtaining legal recognition.

Today the structure is in the hands of the Social Cooperative and is in a sharp decline. The rooms on the ground floor have some wood furnishings while the ivy creeps into the corridors to cover dust and rubble.

The inner courtyard is besieged by weeds that gradually become the new masters of this former convent. Another place brutally forgotten by posterity.

Elvira Macchiavelli is part of Tuscany crew. since 2007 She study in Florence and she like to write. Very active in the italian urbex scene, she has a youtube channel "Where Elvi production urbex trip", a blog "Urbex at info!" and she is among the founding members of the website "esplorazioniurbane.it".