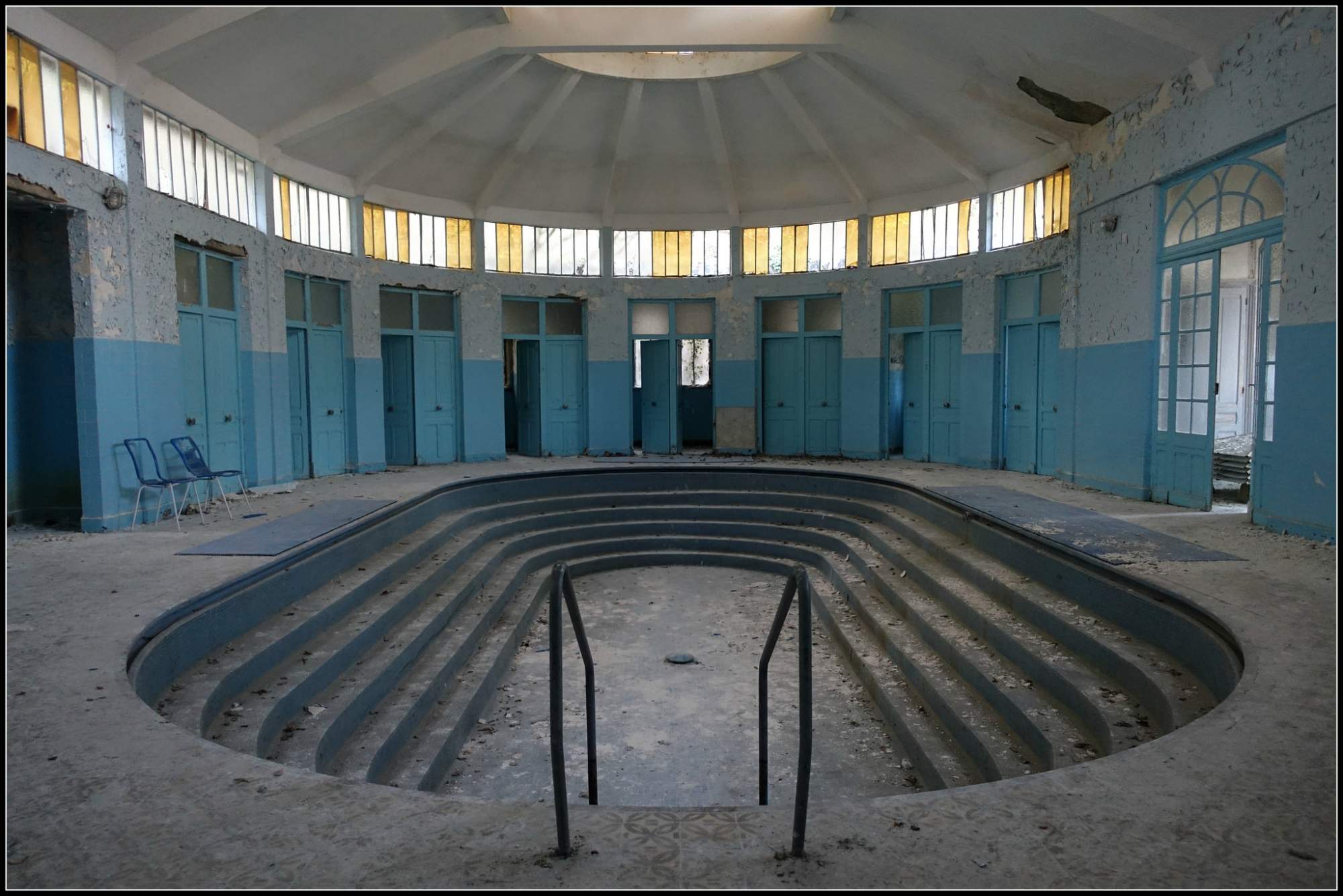 Located on the outskirts of a quiet village, we find this beautiful abandoned spa. How beautiful and how difficult they are to find!
My first visit in the spring of 2018 was interrupted as soon as I entered the establishment’s park by a “presumed custodian” who left the offices of a company that stands in front of the spa. He was adamant and sent us away. I returned one Sunday in the middle of summer by going around the park and hiding in the surrounding forest. I tried a second time. Even here my attempt went to failure.

I didn’t give up and in autumn I tried for the third time, just before sunset. Successfully succeeded.

The historical news I found is very few and vague. This spa dating back to Roman times was rediscovered in the 1600s. The water coming from six springs was trapped under tectonic plates and is composed of sulfur and fluoride.

Apparently something is changing. A sale seems to have gone through and there seems to be a revival project for this fantastic place.