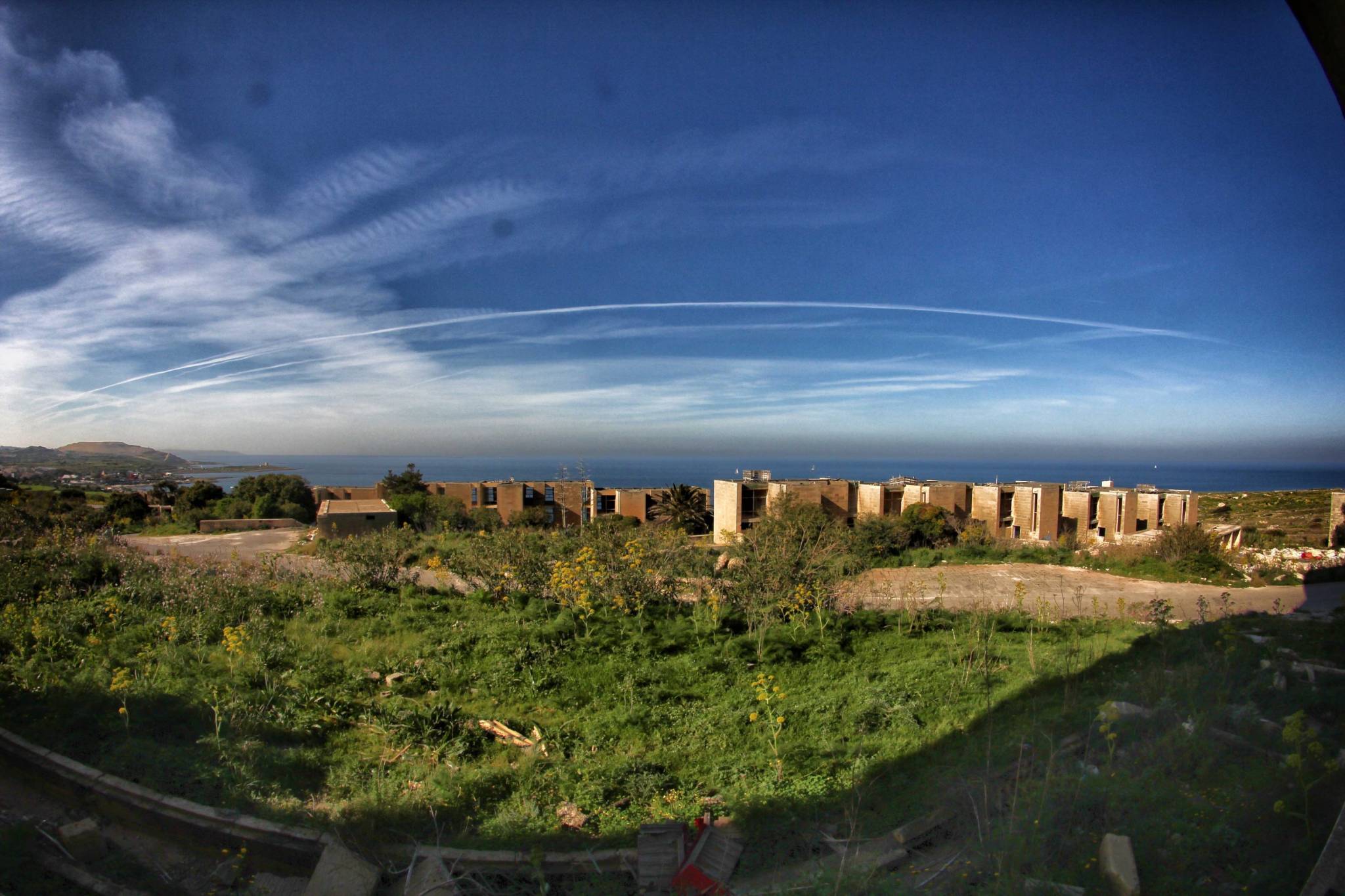 Usually the exact place of the excursions is never said. The reasons are various, those who do it to protect the place from vandals and jackals, those to avoid legal problems and those who do it for selfishness or jealousy.

Some places are different and don’t need to be protected or hidden. I’m talking about the famous “White Rocks complex” on the island of Malta.It was built in 1960 by British military forces and was used as a residential citadel. In 1964, Malta gained independence from British rule. Malta began to implement policies aimed at removing all military forces and NATO itself.In 1979 the White Rocks complex became a possession of the government which used it until 1995 as a summer residence for foreign students.After 1995, the complex was completely abandoned.

The entire complex is made up of enormous buildings in an advanced state of degradation, mostly empty and in ruins. In some places they give the impression of being unfinished rather than abandoned.