The Russian Secret Radar known as “The Woodpecker”

By Francesco Coppari October 14, 2019 No Comments 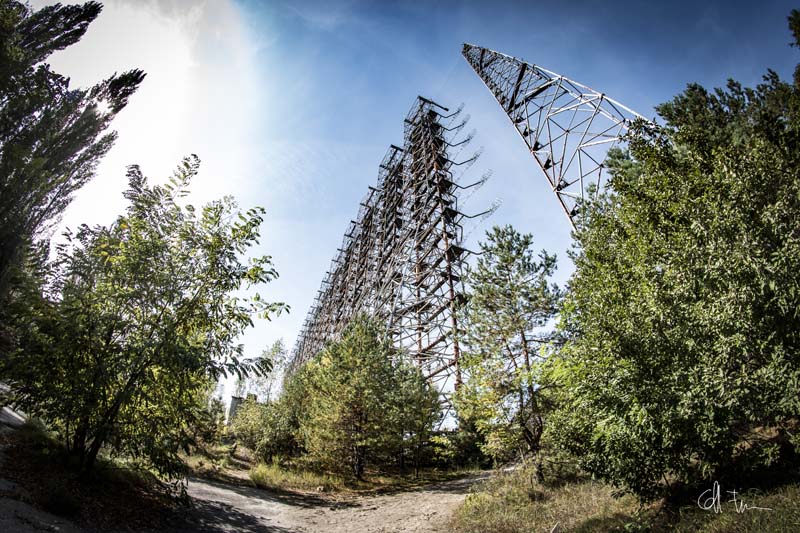 For the uninitiated, a “number station” is a short-wave radio station of unknown origin. Generally their transmissions reproduce a voice, usually female or child, that reads a sequence of words, letters or numbers. The case we face today is a short-wave military radio signal, which was audible from 1967 to 1989, the year in which its transmission stopped. His nickname was THE WOODPECKER, as his regular 10hz beat seemed to be the stake of the aforementioned bird. He learned that it was a long-range radar called Duga. From the early 1960s, the Soviet Union began to develop these detection systems in order to identify a possible launch of ballistic missiles at great distances.

This base was not abandoned only for the end of the cold war but for the radioactivity that hit the neighboring areas. Within the structures we have hotspots from 16 to about 50 µsv / h. The structure is irretrievable due to contamination, it cannot be dismantled as its demolition could generate potentially harmful micro-earthquakes for the increasingly precarious sarcophagus containing the Chernobyl nuclear reactor 04.

From the main entrance, the first thing we can observe are the dormitories, but they are not too interesting because they are stripped of any furniture. A little further on, on the right, the shed and the warehouses are located. On the street side, half-covered by a tree, we can admire a mural representing the famous lithograph by Dimitrj Moor “Did you sign up as a volunteer?” In 1920. The Soviet “uncle Sam”, so to speak. The next steps are the barracks and the infirmary, both in the same building.

And finally we conclude the walk between the carcasses of machinery and skeletons of buildings, with the geiger counter as a soundtrack. Its sound is the only thing that reminds me of being in a dangerous environment for health.