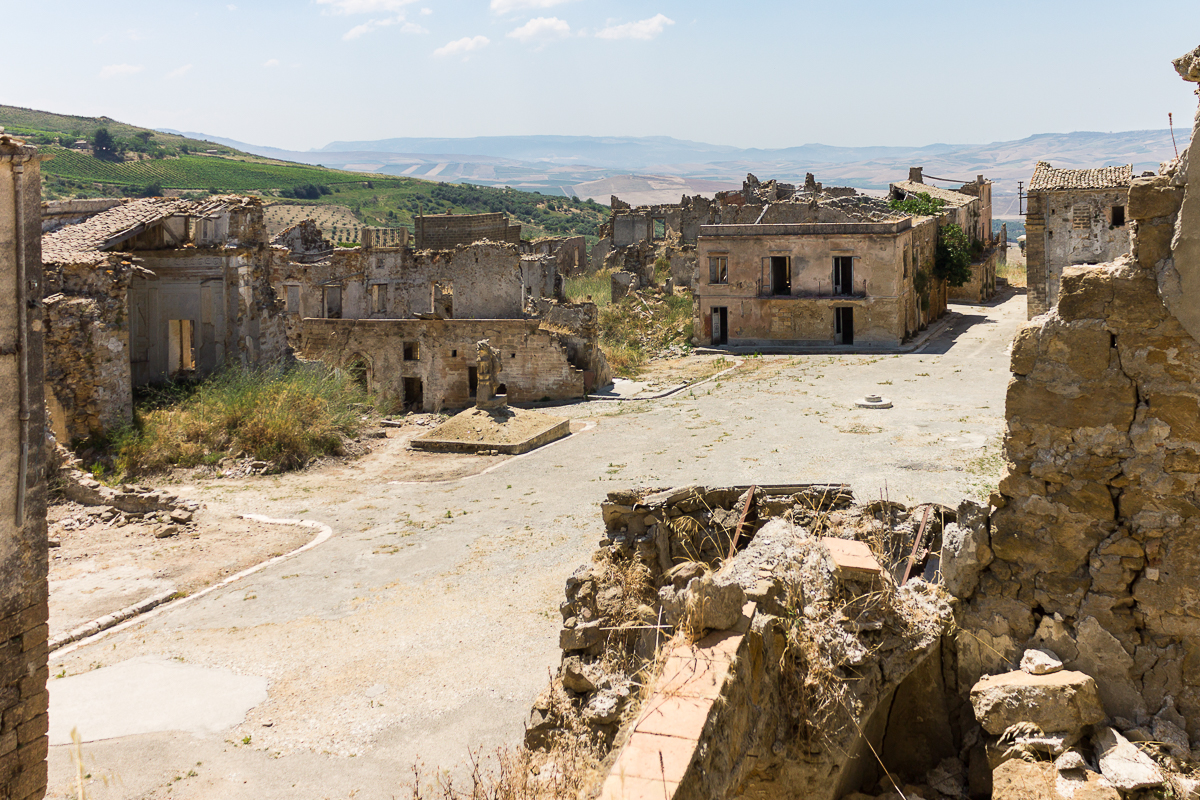 Poggioreale was abandoned following the earthquake of 1968, which occurred in the Belice valley.
There were three deaths and the inhabitants were removed from their homes, even though the damage did not seem irreparable: some historic buildings and various buildings were demolished to make room for the slums.

Infiltrating through the narrow streets of ancient Poggioreale, the architecture of Spanish origin can still be seen, which can be seen in the noble palaces and in the seven churches around the country. Despite the entrance to the municipal ordinance of 1982 which prohibits “severely access”, even the shepherds, who use the buildings as shelters for animals, and vandals have green light along the roads now abandoned.
The evocative view of Piazza Elimo, set of the films “Malena” and “L’Uomo delle Stelle” by Giuseppe Tornatore, recalls the life that animated the town. Unfortunately the bell tower of the ancient Chiesa Madre collapsed, which became a symbol of the Belice area after the 1968 earthquake.

In reality, the village is crumbling under the action of time. We can still admire warehouses, oil mills, workshops and fish shops of the fascist era. Only recently, the interest that revolves around the town of Poggioreale by the administrations has grown, also thanks to the intervention of a voluntary association (Ass. PoggiorealeAntica) which is working to redevelop the site.