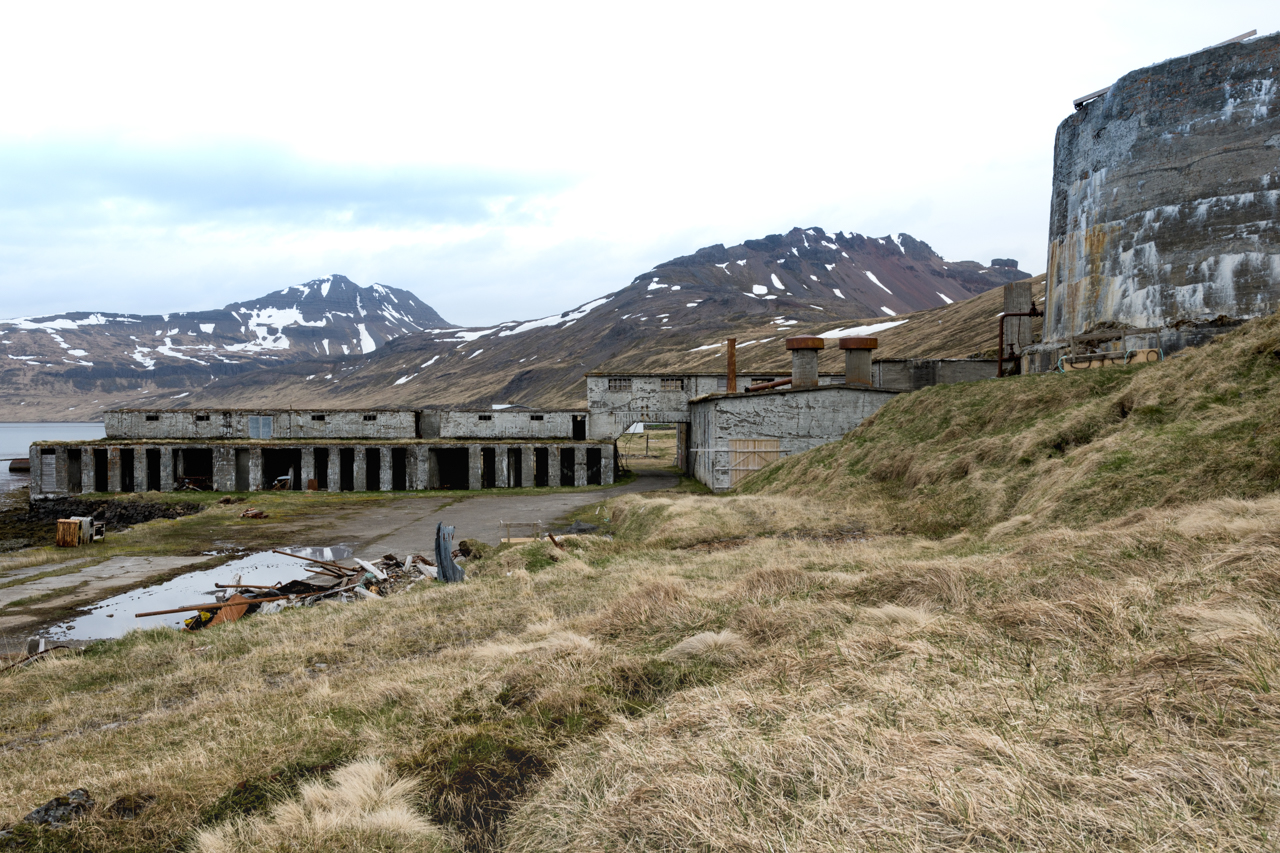 Iceland is a nation known for the beauty of its nature and the breathtaking landscapes of rare intensity: a true paradise for photographers. Well hidden in one of the many northern fjords, it is possible to find traces of building waste. An old abandoned herring factory that turned them into fishmeal and oil.

This place is accessible only in the summer months, when it is possible to travel the roads and paths of that area of the fjords. Our day starts early in the morning and we start from the last village where it was possible to find a place to sleep. The weather has been mild and a beautiful sun guides us along the way. The hours behind the wheel are many but the journey is never tiring: the scenery is gorgeous and the photographic stops follow one another. A few kilometers from the destination, we leave the main track and pass a small promontory.

The factory was built by the Ingólfur HF company in the years 1942-1944 and It was built in this remote fjord for the rich presence of herring. Unfortunately, a few years after construction, herring began to run low and the industry closed in 1952. It soon became an abandoned factory, one of the very few in Iceland. Near the factory there is the large tank heated by a coil on the bottom, in which the oil produced was stored. The main body of the herring factory looks like an empty skeleton, but suddenly behind a door there are two rooms where there are still intact machinery, as if they had been specially preserved by someone. Near the factory there is an old house, probably the workers’ house, unfortunately inaccessible because perhaps still used by some fishermen.

Once the photographic exploration is complete, we go to one of the numerous hot springs for a well-deserved and prolonged restorative bath, to be enjoyed while admiring the Icelandic landscapes.

If you want to be updated on all our explorations, follow us on our fb page.