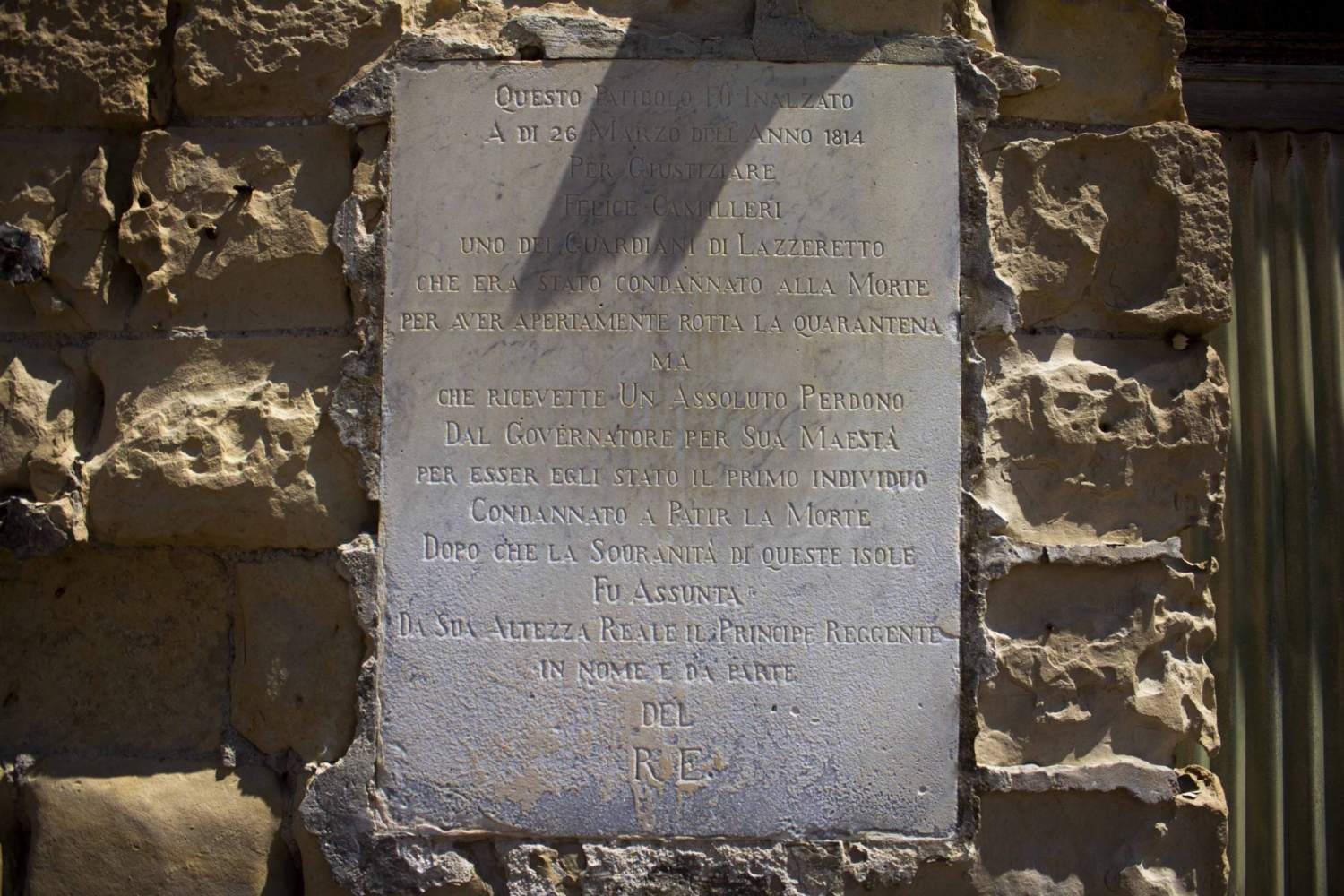 Looking out from the ramparts of Valletta and looking towards Sliema, we can see a strange fortified island in the shape of a leaf. is Manoel Island, the whole island dedicated to the quarantine for the plague, connected by a single bridge to the main land.

Previously it was uninhabited, in 1592 the whole island was chosen as the quarantine site and for the construction of a temporary hospital (now abandoned). In 1643, when quarantine was no longer needed for other reasons, the island was purchased by the Order of the Knights of San Giovanni and the wooden structure was replaced by a permanent one, made of limestone, still visible on the island. The hospital was later transformed into a hospital and barracks.

In 1723, the Grand Master of the Order of Malta António Manoel de Vilhena decided to erect a fortified structure on the islet in order to further protect the western side of the bastion of the city of Valletta. In 1726, the construction of Forte Manoel was completed, a typical example of the military architecture of the 18th century.
From the quadrangular plan, the fort is still visible on the island and was used during the Second World War as an antiaircraft position and as an operating base for the 10th submarine fleet of the Royal Navy. In November 1941 it was bombed by an air raid by the Luftwaffe.

Currently, Manoel Island houses a shipyard located in the south and used for anchoring yachts and civil boats. Most of the other structures present are abandoned. In August 2001, a renovation of Fort Manoel was entrusted to a private company and the Fort was opened to the public, but for over 16 years the project has stopped and there have been no more visits.

In 2018, the new mayor of Gzira announced a redevelopment project on the island that will host a park accessible to all, while the fort will become a center for arts and culture, and the lazaretto a 5-star hotel.

We will see if this project will be forgotten or, in a typically Maltese style, will lead to the distortion of the original structure, as happened with the shameful renovation of the Victoria citadel, in Gozo.

The only way to enter is through the bridge and requires a bit of shrewdness, as access to the only road present is not free and sometimes there are guardians who control.

Once inside, you need to take some time to understand how to move. Finding the access routes is not easy, with the vegetation that has regained possession of most of the structures, to which must be added the abundant collapses and the fact that the Maltese yellow stone is not solid and safe. Once inside, we can enjoy the large empty spaces of the fort and the view of “Valletta” from the windows of the hospital.
You can breathe the history of the island, in a suspended and aesthetically satisfying atmosphere.

For those coming to Malta, it would be an experience to live!