The dark waters above us 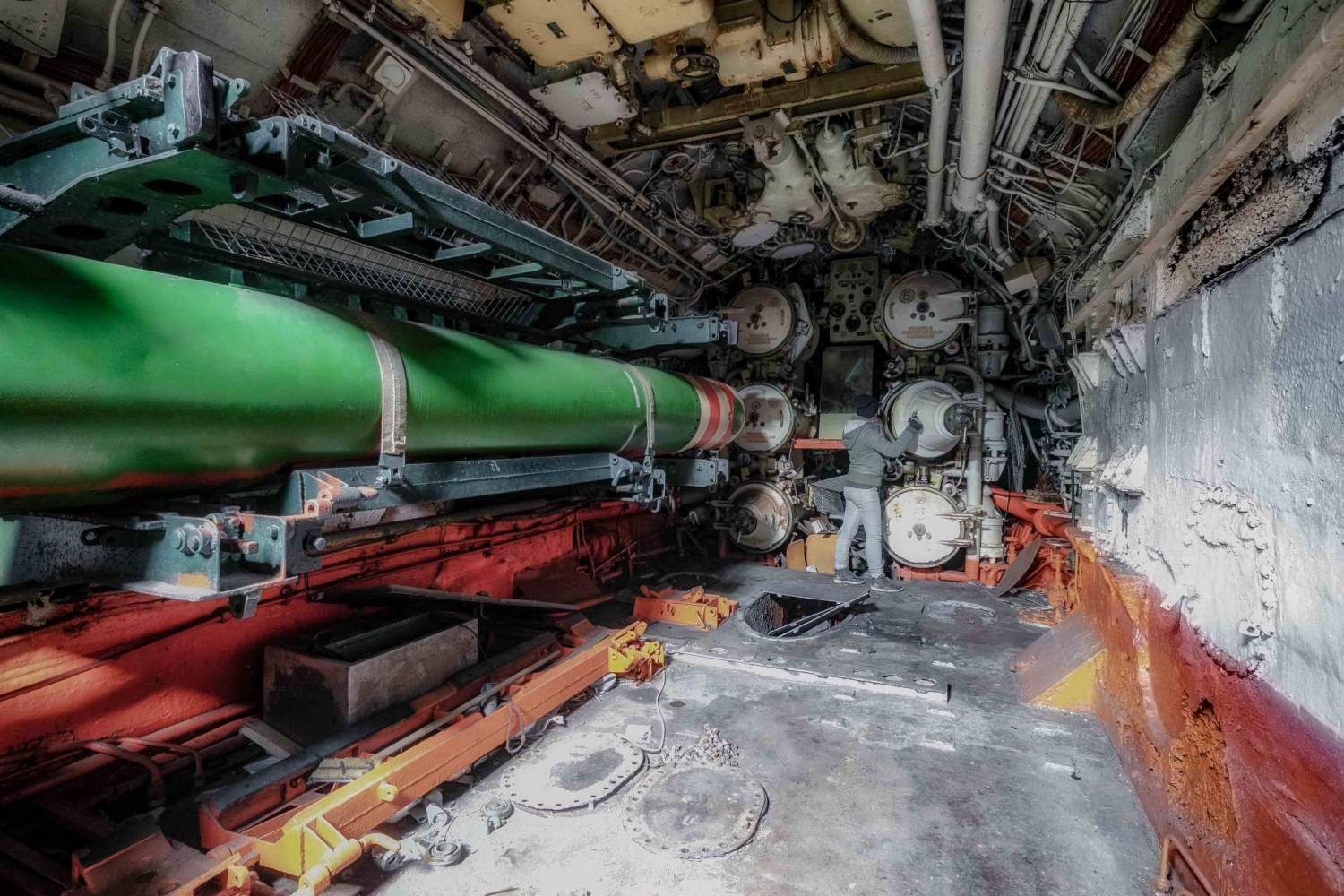 Exploring abandoned places for quite some time, sometimes it seems that we have seen everything. But this time it was not the case. We knew it would be special, but we couldn’t imagine that it would be THAT special. During this exploration, under the heavy rain, wind and cold.. there was only one thing that made us feel warmer – the inner voice with “we all live in a yellow submarine, yellow submarine…”

This particular submarine began her career in 1965.
It served in the Northern Fleets, Baltic waters, and the Mediterranean, based in Egypt for some years.

Submarines of project 641 or Foxtrot according to the classification of NATO in Soviet times were recognized as very successful. They were designed for a long-distance travel and patrolling the ocean, equipped with new torpedo tubes. The first submarine of the Foxtrot class became part of the Soviet fleet in 1958. There were built 75 submarines in total, 17 of them served in the navy of Poland, Cuba, India and Libya. The project has already became morally and technically outdated by the time the last submarine was completed in 1983. With the advent of nuclear submarines with no range limitations, Project 641 moved into the category of simply short-range boats.

78 people could squeeze in, work and live there for several months. Don’t ask me how! Living conditions on board would be rather difficult, there was not enough space for every person, the captain was the only one who had a cabin.

Entering the submarine aft, we got down into an empty compartment with four torpedo tubes.

Passing through a narrow way along the multiple sets of arrows and buttons we got to the compartment with a diesel engine, a radio receiver where encrypted messages could once be sent and received, a central information point, RADAR and SONAR sets, as well as an attack periscope that was used to search and triangulate the probable targets.

Climbing and crawling, in the end we could finally reach the bow compartment. Here six other torpedo tubes greeted us along with a huge dummy torpedo. This submarine was capable to carry a total of 22 torpedoes, ten of which were in the tubes, and another twelve were waiting their placement into the tubes. The crew could sleep here next to the torpedoes, but when the submarine was fully armed, this room became as cramped as everywhere else in the submarine.

Unfortunately in the time we visited the submarine part of the hull was already cut off, there were huge halls in it and the equipment was partly removed or damaged.

After her 30 years of service, it was subsequently cut into scrap metal. Pity.. but nothing to do. Anyway it was one of the most spectacular explorations ever. We really enjoyed it.