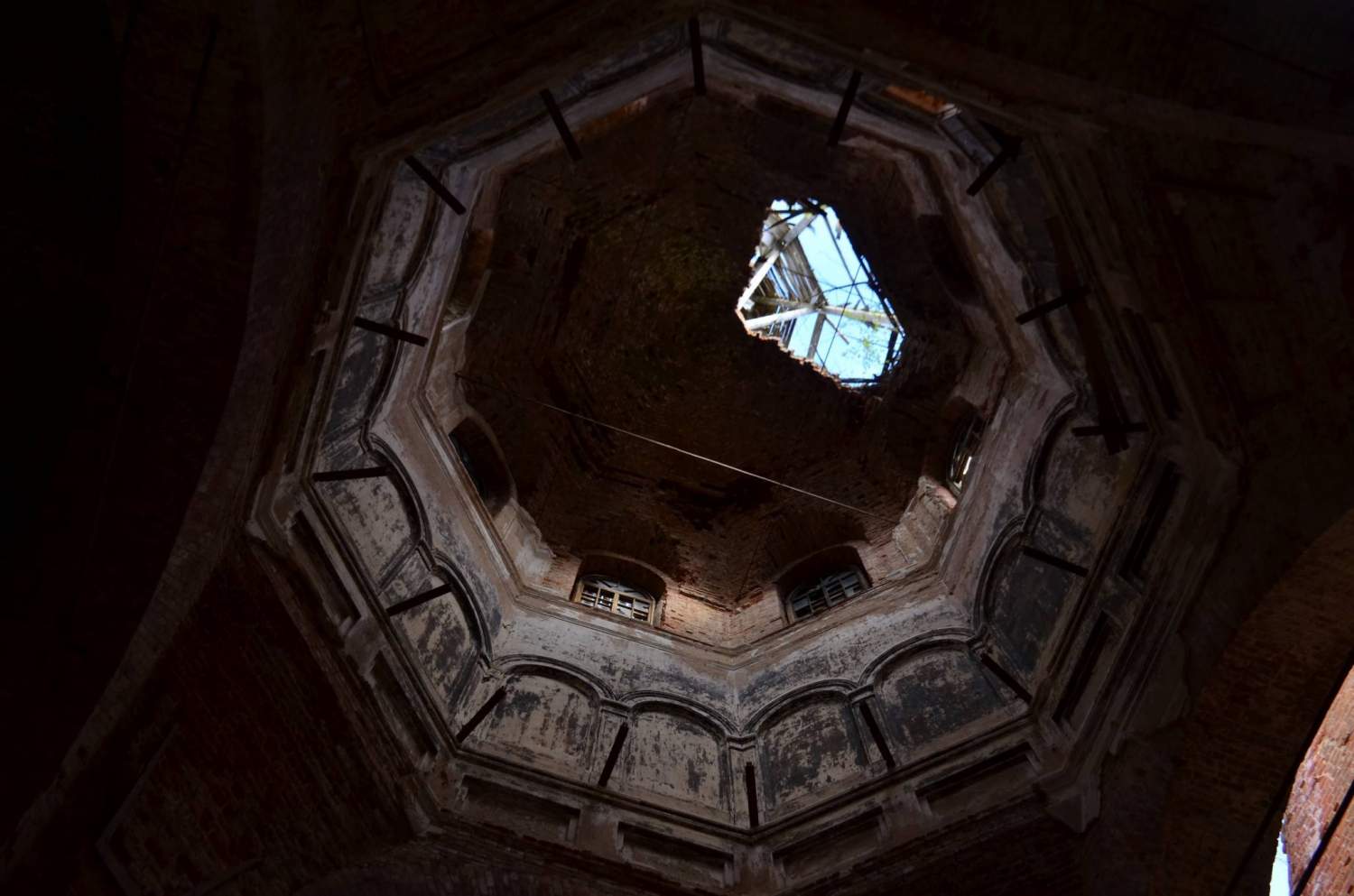 The last breath of the wooden dome

Russian history is full of interesting, moving tales, extraordinary people … and more than an abandoned church.

In a small village, the abandoned Church of St. Nicholas opens a dark and sad page in the history of Russia. It is a chapter that we try to forget, as in the past with many architectural masterpieces.

The church, now abandoned, was built in stone in 1886, instead of the previous one, dated to the 17th century. which was burned. The money came from the villagers, they collected 3 rubles each. The church played an important role and represented a place where people gathered in the daily life of the village.
Unfortunately, in 1917 the October revolution changed everything. Unity among people no longer existed, nothing mattered anymore, only the desire to live better.

The communist government tried to eliminate all religions in favor of universal atheism, the profession of faith was prohibited and the majority of churches were abandoned or demolished. Others were transformed to not look like a place of prayer or they were used as warehouses.

Small domes no longer exist, without the floor, without people. The abandoned church continues to hold barely, waiting for its fate without complaining.
How many generations will still be able to see her stand?

Hi, I’m Katya and I’m from Russia. I finished St Petersburg State University with my thesis on Italian memes. I like culture and especially architecture, I decided to start an instagram project on abandoned Russian places.