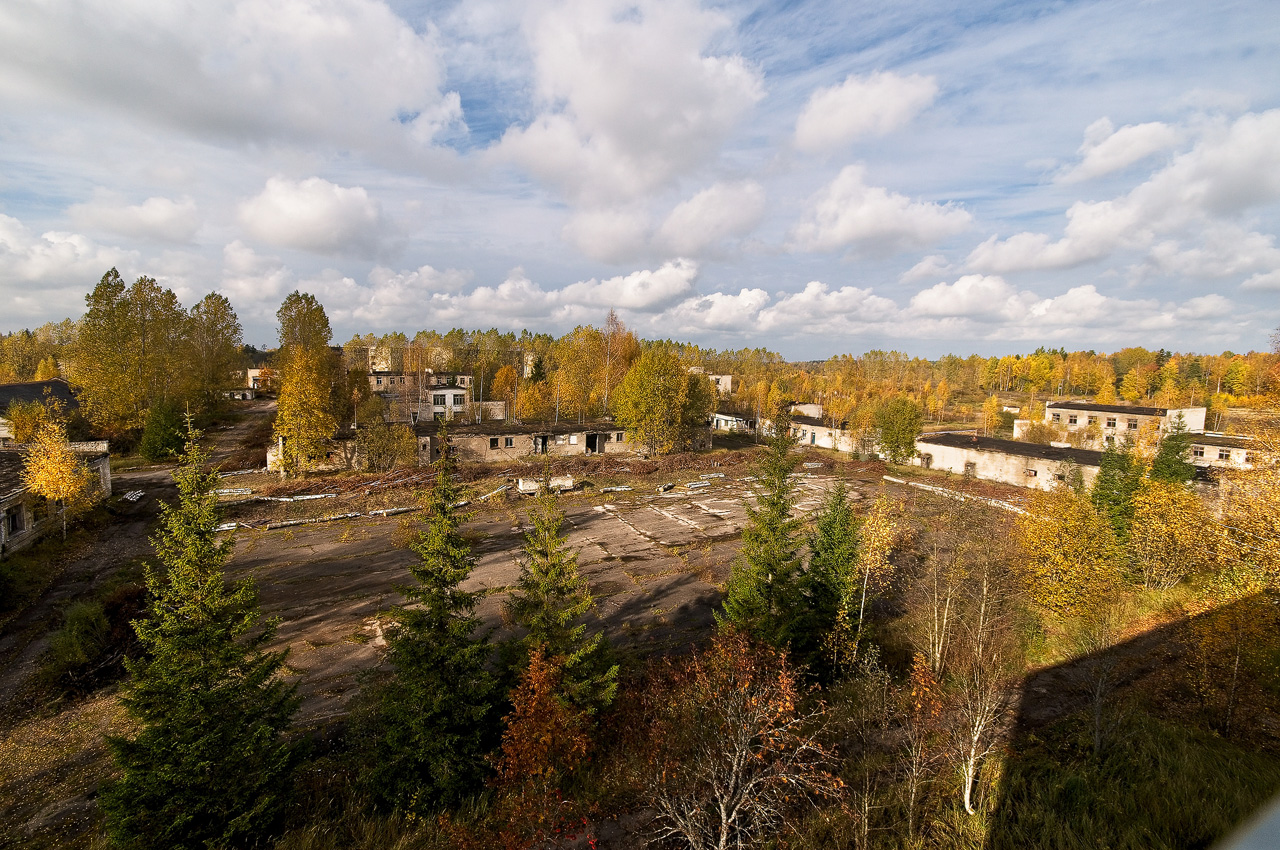 Skrunda-1, the ghost town in the woods

Skrunda-1 is a very special ghost town. During the period of activity it was a closed city and a Soviet military base in Latvia. A closed city is a place with particular access and residence restrictions.

Sometimes, leaving the city is forbidden to residents and the city is not marked on the map for reasons of secrecy. Skrunda-1 housed 5,000 people, including military, technicians and scientists, on duty at a radar station called “Hen House”.

It was one of six radars built at the beginning of the cold war in the peripheral areas of the Soviet Union, capable of monitoring the possible launches of ballistic missiles in Russia. The city was built in 1963 and had around 75 buildings. The city was self-sufficient, here there were schools, residences, a small hotel, a prison, places for recreation and bunkers. The Russians left Latvia in 1994 but Skrunda-1 remained operational for a few years. In 1998, the city was emptied of all its valuable material and abandoned by the Russians. Latvians pulled down the radar towers when the Soviets left, but the rest of the city was abandoned in the middle of the forest.

This exploration dates back to 2014. In the access forest to the ghost town, the road was blocked by a gate. Instead of the military there was a kind of woodcutter family that, after two beers and a chat (in two different languages), allowed us to enter the ancient secret city.

Since 2016, Skrunda-1 has been an almost official tourist attraction and local authorities have replaced the lumberjacks by asking for an entrance ticket. Since 2018, the ghost town is controlled by the army, is used for training and can no longer be visited.