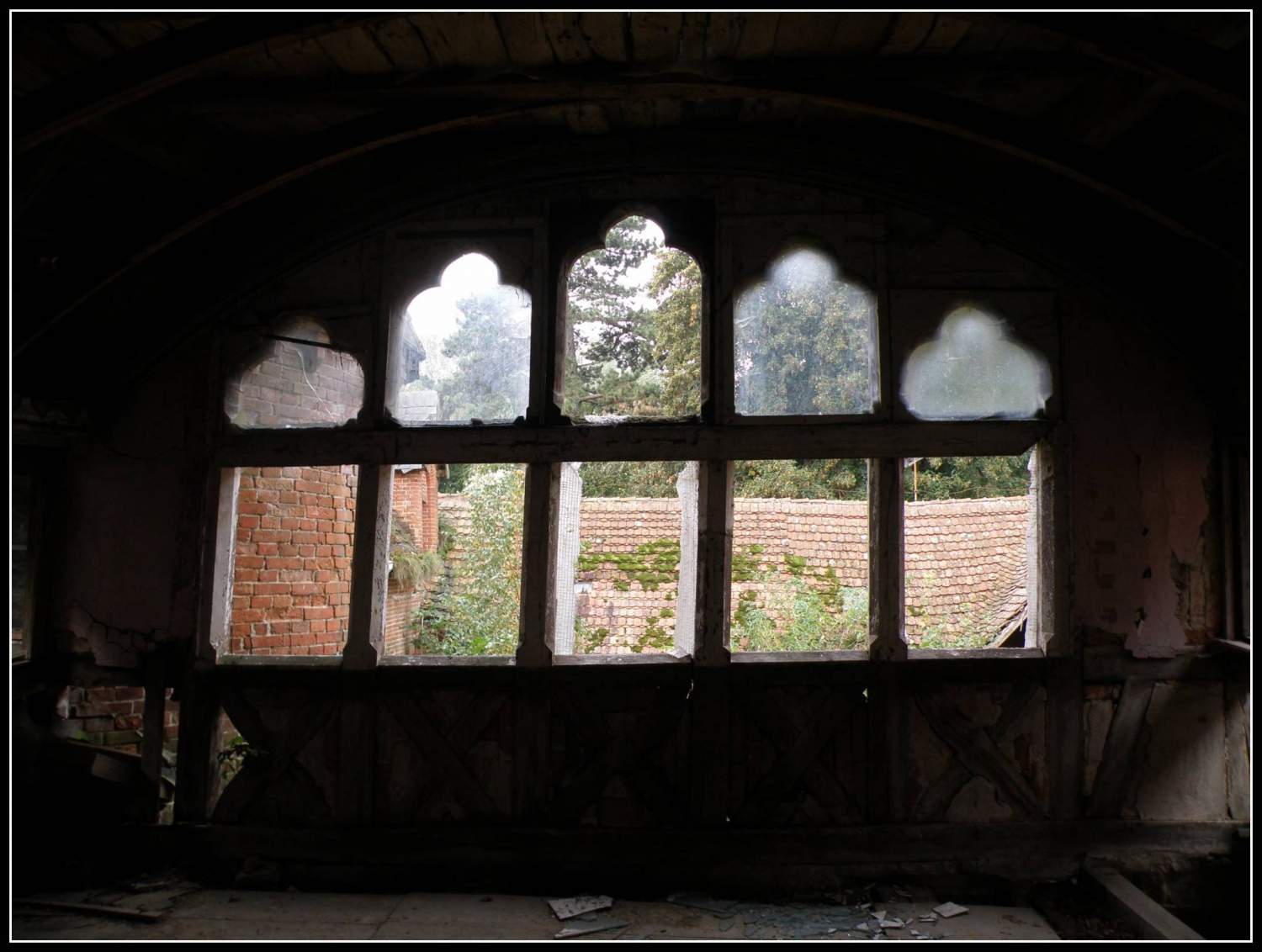 By Jonathan Della GiacomaNovember 2, 2020No Comments

It was 2010 and the sun had set, slowly making darkness fall. The abandoned manor was there, in the center of a small town in northeastern Germany. Herrenhaus Pinnow was not the classic imposing and opulent manor, but it managed to convey awe and mystery, despite its small size.
Like the haunted houses you see in the movies, dark but fascinating at the same time. The dark roofs and the crooked dormers, the windows and the battered gothic entrance invited me in, I walked over to a broken window and … out of nowhere a slightly bent old woman with a dark scarf and a woolen scarf appeared Brown.

She looked like the witch of Hansel and Gretel and she addressed me in German.
I thought, “They got me, I’m in shit!”
She was very kind, after having a chat and explaining my intentions to him, she indicated a simple access to the old abandoned manor.

The interior of the abandoned manor turned out to be a real disappointment: empty, dilapidated and with few decorative elements. But once this manor was an important building, its design was challenging and unique as it is one of the few in the German Gothic style in the region.

When I came out of the decadent rooms of the building, outside, the old woman was waiting for me. He couldn’t wait to tell me the story of Pinnow. This estate belonged to the Klinggräff family in the 1700s. The estate has been converted into a manor and has become a family home since 1863 under the architect Carl Schäfer. The house was completed in 1869.
In 1945 the estate was expropriated and used as a residence for several families and as a GPL administration, post office and community center. Starting from the 1970s the apartments were gradually abandoned.
In 2012, after years of neglect, the abandoned manor was bought by a private individual who began the restoration work.

As we approached the door of the little house where she lived, the old woman also told me of her memories of the abandoned manor. She was hospitable and invited me into the house offering me a pumpkin soup and showing me some old photographs.
I refused, saying I had to look for a hotel to spend the night.
At nightfall I left the village, the gloomy facade of the manor and the dim light from the window of the old lady who greeted me.