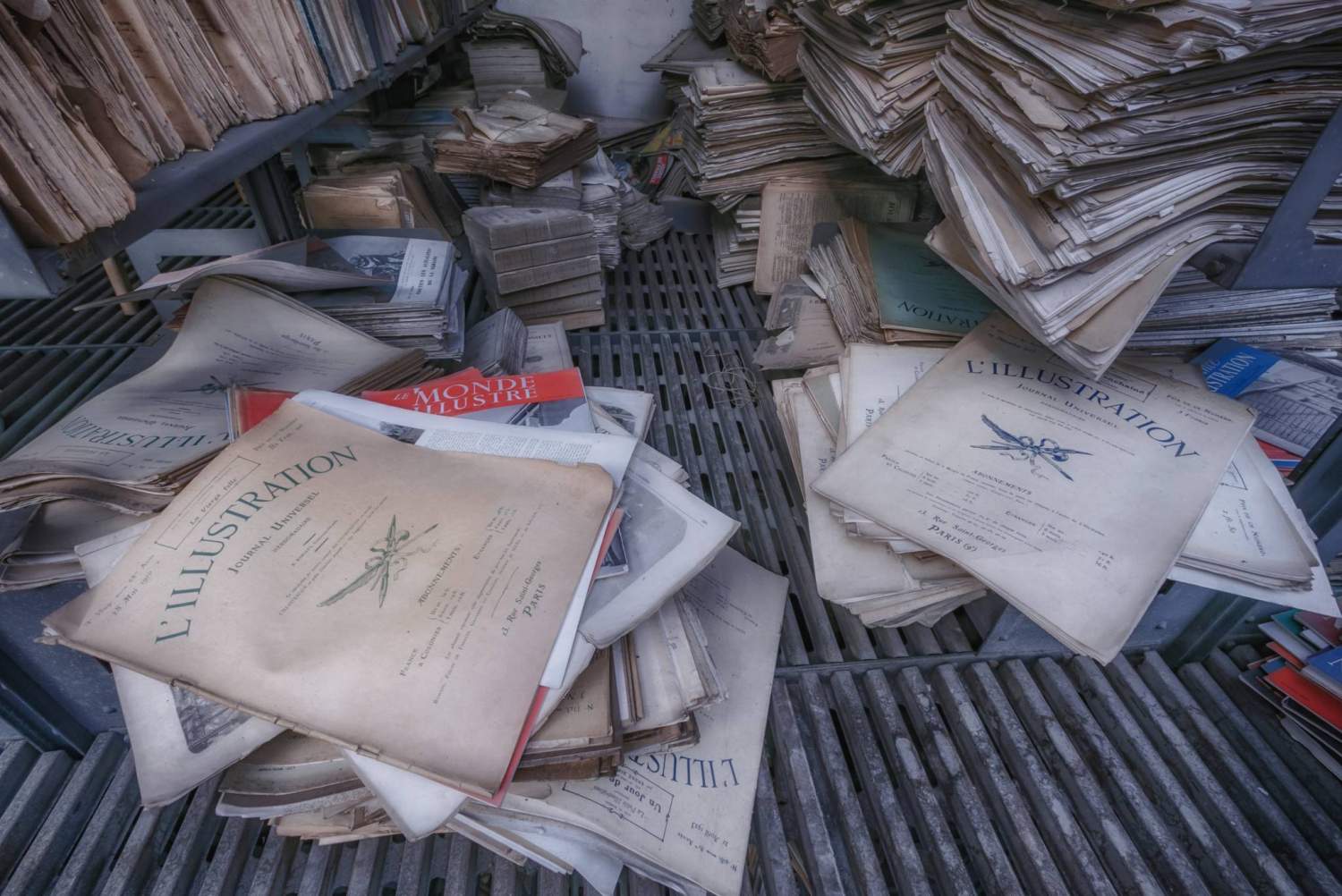 To read or not to read: not even a question

This beautiful abandoned library, often referred to by explorers as Bibliopolis, was in its best days the most ordinary school library of the French college, which relatively recently closed its doors after three hundred and seventy-four years of existence.

In the large empty courtyard of the oldest college in France, there are still laughter and tears of thousands of children who have visited this institution run by the forefathers of oratory – Charles Louis de Montesquieu, Colbert and, closer to us, Philippe Noir, Claude Brasser, for almost four centuries as well as Jacques Mezrin. Founded in 1638 under Louis XIII, this boarding school was built on an area of ​​more than 23 hectares.
Here was a Catholic college, where the premises were used to train the sons of the French nobility, who fell on the battlefields in the battles between the British, Armagnacs and Burgundians. It was only in the 1980s that it was open to blended education for boys and girls in boarding schools, half boards and day schools.

The French Revolution brought many difficulties to the college life. The obligation of the oath of the clergy, the fall of the monarchy on August 10, 1792 … Within a few days, the college was devastated by the commissioner’s order: they broke the doors of the chapel, mutilated its cross, vases, torches, folded decorations, paintings and carved wood of old shops in a large courtyard and turned it all into a bonfire while students were forced to sing revolutionary songs.

In this difficult time, several former speakers bought a college, and this period became one of the most striking in its history. The journal of the Catholic University was founded, and dialectics and literature were introduced into the curriculum. Among the graduates there were the abbot, who will later write two volumes of “The History of Philosophy”, a bishop who will later become the librarian of the Vatican, the inventor of the turbine, which will become famous in industry, and many others.

After the First World War, it was necessary to restore the interior of most college buildings, as well as many roofs. But the biggest improvement of this period was the construction of the library in 1928, which had, in particular, the United States Declaration of Independence, proposed by Lafayette, as well as the Didro and D’Alembert’s encyclopedia in their original edition.

After many years of constant financial problems, the college was forced to close its doors. The court announced it’s liquidation: the management body did not pay off the debt of 1.3 million euros. Everything fell into decay very quickly, and the library, in particular, became the victim of theft and vandalism. Valuable copies of books were stolen and simply wasted.

In 2016, some activists wanted to open the school again, but, remembering the European bureaucracy, the claims, of course, were declined. Currently, this abandoned library are in the state of heavy decay, the main courtyard is overgrown with weeds, the library, which housed thousands of works, is unfortunately destroyed. Unfortunately, time does not spare anything.

Ascosi Lasciti was born in 2010, one of the first italian and european urbex project. It develops thanks to a great teamwork. In 2020 it becomes a cultural association, one of the most followed on the web in Europe. Wich is the main mission? Love for urbex (urban exploration) focused on discovering forgotten places.