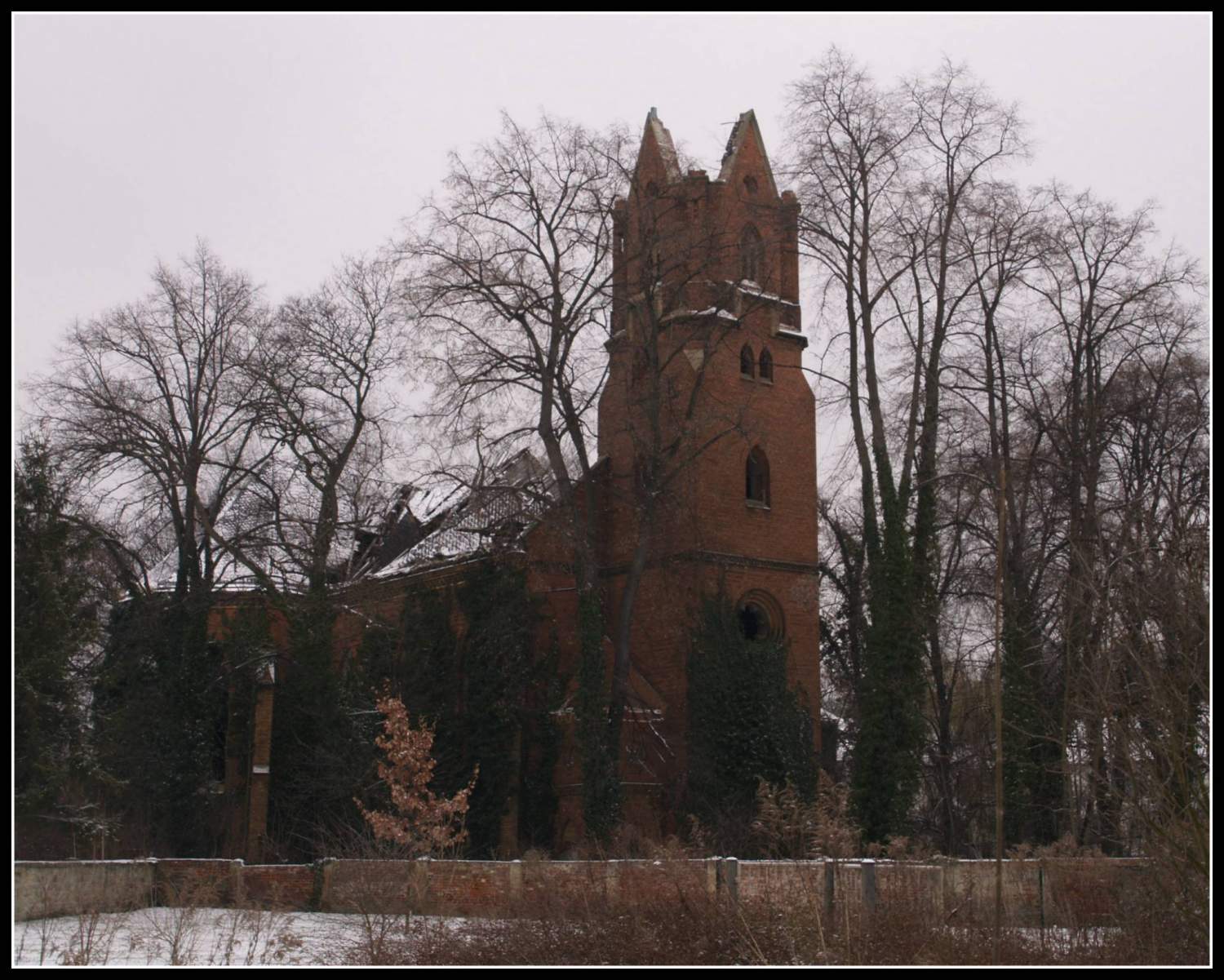 Nikolaikirche and the last Christmas Mass

By Jonathan Della GiacomaDecember 30, 2020No Comments

But it’s art, history, nostalgia … and urbex, too! And what better place to congratulate our readers than this beautiful abandoned neo-Gothic church?

It was the early seventies. In the city of Zeitz, the bells rang in celebration. It was the night of Christmas Eve. It was shortly before midnight and the inhabitants of Nikolaiplatz and the surrounding neighborhoods had taken to the streets, despite the abundant snow that fell. Wrapped in heavy coats, illuminated by the dim light of the street lamps, they walked towards the door of the Nikolaikirche (Church of St. Nicholas).

The lighted windows made it look like a large lantern in the center of the square. It was one of the last functions before its final closure. Today the neo-Gothic church of San Nicola is abandoned. Let’s see why.

Today things are different: what used to be a beautiful garden of a neo-Gothic church is now an abandoned forest with trees as tall as the top of the bell tower.

Discreet entrance. I find it easy, on this gray snowy day, to slip through the broken garden wall among leafless trees and green ivy strewn with snow.
We are in an almost “ghost” country, in recent decades its core has undergone a major depopulation … but I will tell you the story of Zeitz in the second part! Be patient …

I enter the building. Through the broken windows, the air currents drag the falling snowflakes to the floor near the skylights. The atmosphere is surreal. The large battered nave with the faded blue vaults is illuminated by the tall Gothic windows. It is difficult to imagine how the interiors could have been lavishly furnished, until 1970.

This is not the “first death of the facility”. In fact, after the demolition of the church in 1823, a new neo-Gothic brick building was consecrated in 1891 in Nikolaiplatz to a design by Karl Mamminger. It was originally called the Trinity Church. Subsequently, it took the name of Nikolaikirche. Since the early 1970s due to the sandy subsoil, the church could no longer be used due to architectural decay.

Coup de grace. In 1998, like a sign from heaven, lightning struck the bell tower and caused a fire on the roof. When the bell detached from the fiery beam it fell on the roof of the church, causing a hole in the vault of the nave. From there, the Gothic church was closed and slowly abandoned.

From there, everything stopped. None of the faithful appeared again. And to think that, every Christmas, people stopped to chat and exchange greetings in front of the illuminated door of the church, before returning home. It looks like a distant image in the Nikolaiplatz.
There is currently no restoration or recovery project for the church.