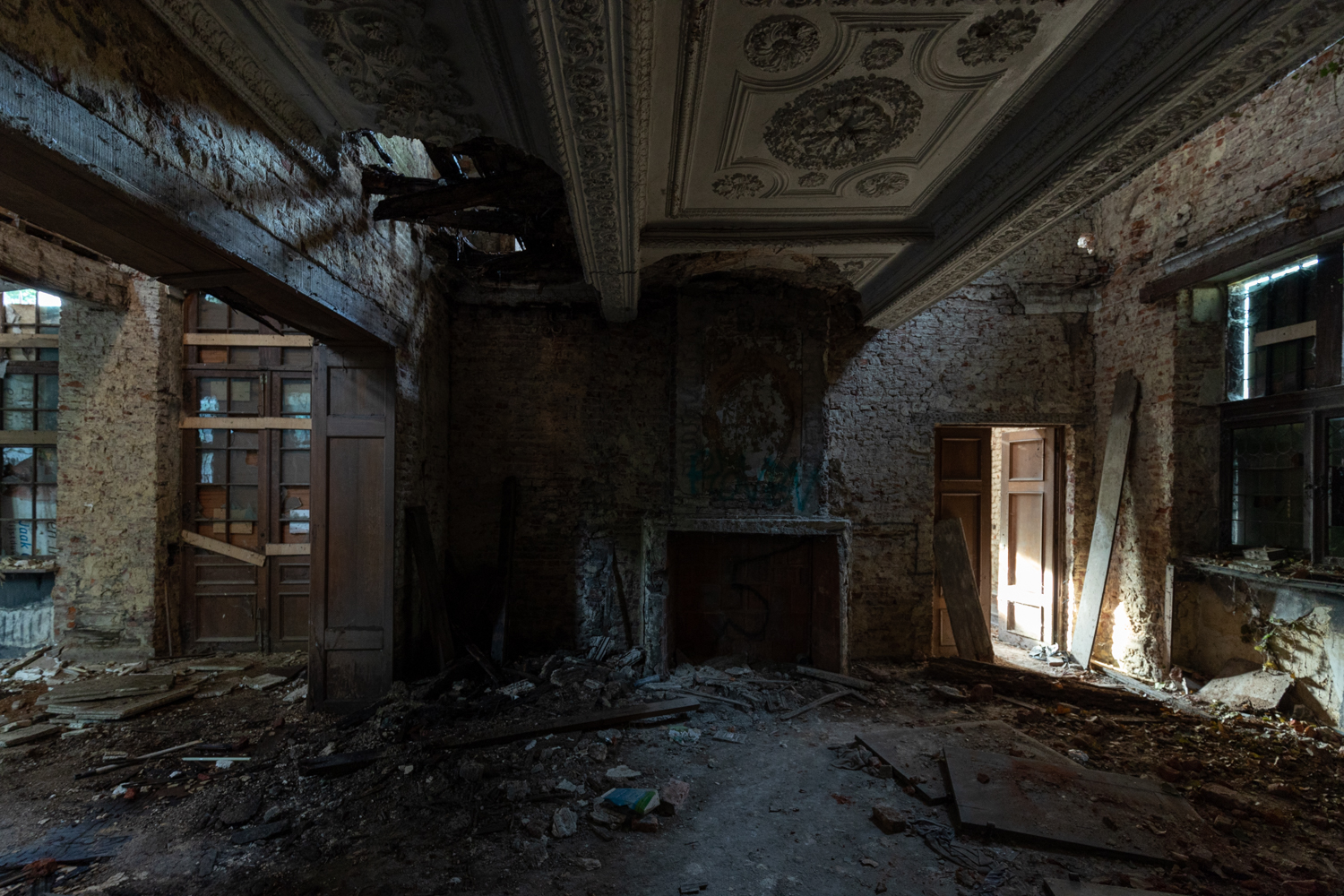 This beautiful abandoned castle is one of the vestiges of the important industrial activity which made Cheratte’s heyday in the 19th and 20th centuries.

In 1913, the old castle was bought from the descendants of the Saroléa family by the charbonnage du Hasard.

The building was then converted to accommodate the residence of the director of the coal mine and a wing was reassigned to an infirmary and hospital. Not far from the abandoned castle are three more mining towers, superb monuments of industrial archeology, and an important workers’ city of 200 houses.

The Hasard coal mine was one of the very last active Walloon coal mines; it closed its doors on October 31, 1977.

This important Mosan castle in brick, limestone and tufa, was erected around 1643 at the request of the Lord of Cheratte, Gilles de Saroléa. It was then reworked several times in the 18th and 19th centuries. It is composed of a large central double-body construction bordered by two perpendicular side pavilions and a square tower, topped with a bulbous roof.

The main characteristics of Mosan-style architecture can be found there: the mixed use of brick and limestone, cross-section and straight-lintel windows, corner chains and slate saddlebags. The main wing entrance door is crowned with an exceptional foliage panel adorned with the GDS monogram, crowned and inscribed in a garland.